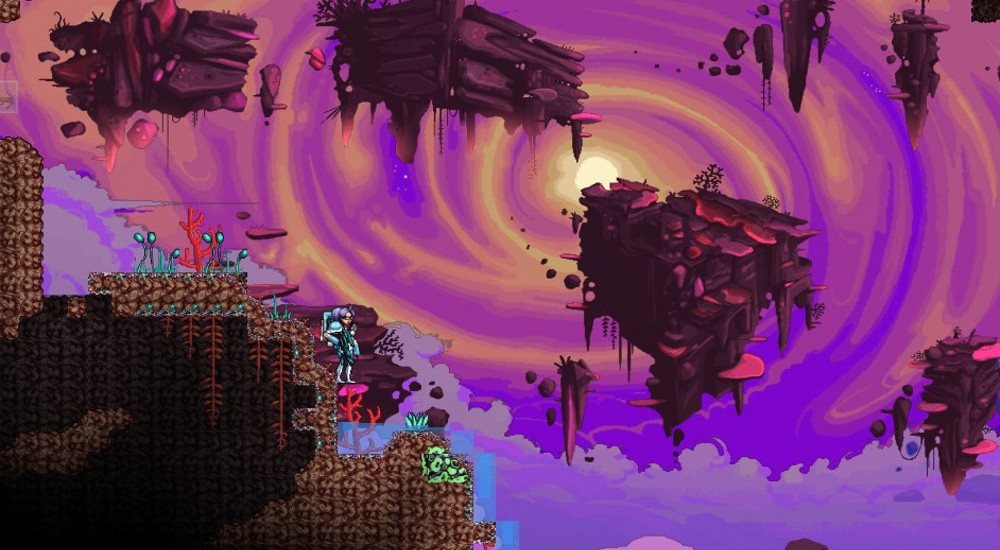 After a long time in the development oven, Edge of Space finally has its online multiplayer mode! The 2D sandbox game shares a lot in common with Terraria and Starbound, only instead of just crafting and mining, you'll do a lot of fighting, terraforming and surviving, too.

After waking from a long cryo-sleep, you find yourself way out in the dark depths of space with no way home. You now have two options: spend the rest of your life drawing self-portraits on the wall, or head out and gather materials so you can become a master of your environment. The second options makes for a much more exciting game. Edge of Space focuses on more environmental aspects than other sandbox games. There are a lot more hazards out in space than on a cozy planet, so you'll have to maintain your atmosphere, build and defend your command center, and work on power grids to make sure you stay safe (and alive).

Co-op in Edge of Space is also more intricate than "let's both build a tower, k?". Since there are more dangers to deal with, taking a tactical approach to survival is key. Designing and creating complementary weapons and items is a good start, but it eventually comes down to how well everyone works together. To access the co-op beta, all you have to do is grab the game, then opt-in to the beta program via Steam. Head over to the Edge of Space website for instructions.

Although there's plenty to experience in Edge of Space, keep in mind it's still technically an Early Access game. You might encounter some issues here and there, but overall it's a pretty solid experience that's a great cross between a sandbox game and a game of co-op survival.