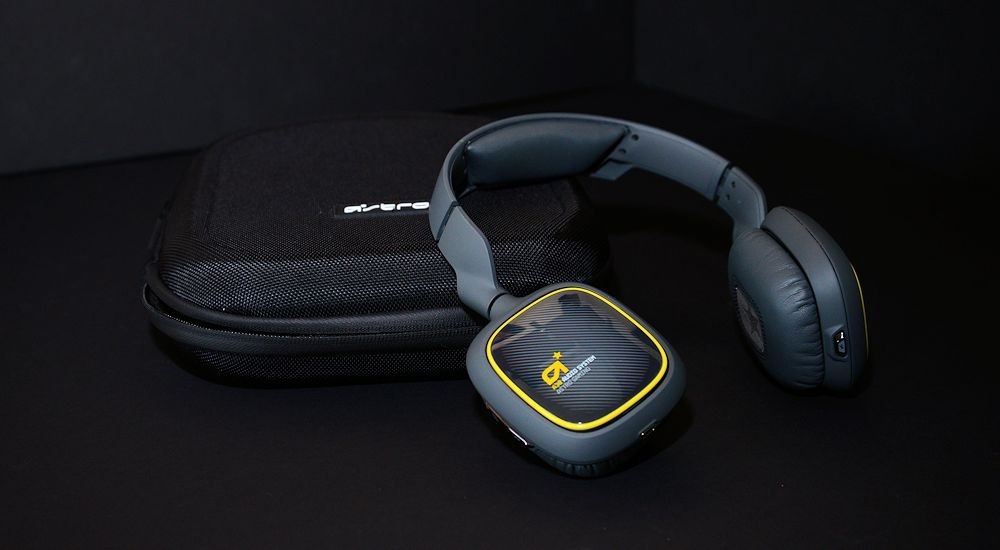 Let's face it, if you're in the market for a gaming headset there are literally hundreds of choices. And in my personal opinion, there are very few "wrong" choices to make if you are willing to invest in a pair. Some folks will balk at $100 or $200 pair of headsets, but if you use them daily they are well worth the price you pay. We've been a longtime fan of Astro's headsets on this site, reviewing numerous pairs over the years. But their latest endeavor is a bit different than their last, and it might be an industry first.

The Astro A38s are being first released as a beta product, inviting users to provide feedback as to what will be a more fully featured product when it's actually released later this year. While most companies obviously test their products rigorously before release, it's a rare case they invite people to actually purchase a beta product and then directly affect the final retail device. While the beta period is over (though the pre-production models are still available at the 50% discount) - we thought we'd give you some impressions of the device in the months we've been using them.

The Astro A38s are a Bluetooth headset that will work with any Bluetooth enabled device like laptops, tablets, phones, consoles, and portable gaming devices. I personally tested it with my Android Phone, PlayStation Vita, laptop and tablet. In all cases syncing the device was just like any other Bluetooth accessory sync - but there are some pretty neat features you wouldn't expect.

For instance I use the headsets daily to listen to music at work. I also have my phone next to me. If I receive a phone call the Astro A38s switched over from the stereo cans to the communications device and allowed me to handle the call.

In terms of quality and comfort the Astro A38s are about the same size as the Astro A30s, but the ear cup on them is a padded cushion covered with a faux leather. The only downside to this design I found was that it was a little easier for the headset to move around on your head. The standout feature so far for me is the active noise cancellation technology. It won't completely block out the outside world, but the hum of a plane or air conditioner is completely gone even without any audio coming through the cans.

I used the Astro A38s in small scale office environment and at home, so there was very little outside interference. While I didn't experience any drops, I did have an occasional hiccup or had to do a complete resync of the device. I'm currently using them daily for Skype-style conference calls, music, and occasional gaming. Overall though these don't feel at all like something I'd consider "Pre-productions" and feel they are easily worth the current asking price.

I've also been using the A38s for the past month or so, mostly synced to my iPhone on my commute or to my work computer to listen to tunes. The noise cancellation is an absolute godsend when riding on crowded public transit during commuter hours - just this week I was able to completely avoid listening to a trio of drug dealers complaining about how hard their life is! What's really nice is that with the noise cancellation, you can listen to a lot of things at a more normal volume and maintain audio clarity.

The sound quality is the best I've personally heard from a bluetooth headset, although if you're looking to blast your eardrums with overloaded bass, you'll want to look elsewhere. I have a slightly larger head and usually have a bit of trouble with on-the-ear designs, but the memory foam in the earcups keeps everything fairly comfortable. I don't suffer from headphone fatigue with them like I have with other similar designs in the past.

The only real downside to my pair is that I can predictably interrupt the signal when synced to my phone - which isn't a killer, but it does make things slightly annoying. Other than that, I've had very few audio hiccups, and I've only had to resync them once in the time I've had them. I bought them for the 'beta program' price (50% off), and it feels like a steal. With the promise of firmware updates to come, they'll only get better.

Astro has already promised improved signal reception and strength, louder volume, increased clarity, and an improved microphone. There isn't a set release date yet on the final version of the headset, but when they are released you can be sure we'll bring you more impressions.