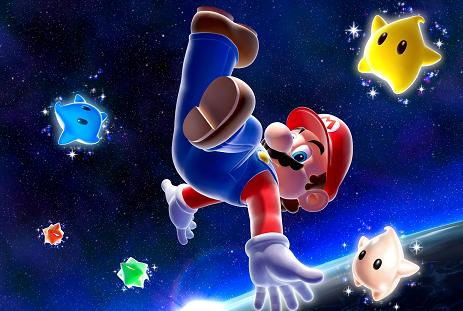 The new column has a name!  It seems totally obvious in hindsight, but what better title could there be for a series dedicated to the casual gamer that happens on Fridays?  Congratulations to Co-Optimus reader "roland", who won our "Name the New Co-Op Column" contest.  He'll get a brand spanking new copy of casual-friendly title Rock Band 2 for the Xbox 360 and a set of the critically acclaimed Co-Optimus stickers!  Read on to find our thoughts on a colorful, family friendly title for the Wii!

It was a bit difficult to pick the first game to cover for Co-Op Casual Friday.  When I was writing the review for Mortimer Beckett, I thought perhaps that game would be appropriate.  But it's too close to the date of the review, and I know you want new content.  I even thought about Lips, which was a huge hit with non-gamers in my family.   However, I really wanted to cover something for the Wii , the system that has earned the casual console crown this generation.  I decided to save it for later, so for now, the Lips are sealed.  (Ba domp BOMP!)  I wanted something big, surprising, and still appealing to the kiddies as well.  So, I chose one of the finest titles available for the Wii, Super Mario Galaxy. You might be thinking that's a strange choice.  After all, it's over a year old, we've all seen tons of reviews, and the game only supports two player co-op.  Even worse, the second player just shoots stars, right?  Didn't I express my disappointment with this same form of co-op in my Wii Call of Duty World at War review ?  Well, yes, I did.  And I stand by that review.  But there's something different about the co-op in Super Mario Galaxy that makes it somehow feel right.

First of all, the game is visually appealing.  The colors burst off the screen.  Even though the Wii can't do the resolution or textures like the HD consoles, Super Mario Galaxy still has some eye-popping graphics.  The speed at which you fly through outer space is dizzying.  The design of the levels is extremely cool as well.  Running around underneath planets feel so new and different than what you're used to.  Watching someone else play this game is quite enjoyable; it's just that neat.  In fact, I'd say watching SMG is more fun than actually playing the typical Wii party/minigame title. Playing co-op takes that feeling to the next step.  The second player not only gets to watch the game, but they get to play it, to be involved, to affect the outcome, as well.  That feeling is not too shabby, folks.  Of course, the hardcore gaming type will likely want to be in control of Mario as the first player.  However, in our house, at least, anytime someone fires up Super Mario Galaxy, it's like a magnet drawing the rest of us in.  Grabbing the second Wiimote and shooting a few bad guys to clear the way for Mario is fun, plain and simple.  It's the perfect way to share a great gaming experience with a young child, your NGP (Non-Gaming Partner, thanks for the acronym, "justabaldguy"), or any other friend or family member that doesn't know a FPS from an RPG. Super Mario Galaxy is a great game for those who practice the oldest form of multiplayer: pass the controller.  Ever since the days of the Atari 2600, players have been taking turns, playing until they lost a life then passing the controller to a buddy.  This strategy works great in SMG , too.  The continue system is very forgiving in this game, so there's no stress over who lost the most lives, which is a nice touch for those who like to share the controller.  This may not technically be co-op as we define it here at Co-Optimus, because you're not playing simultaneously, but you still get a nice feeling of camaraderie by working together to beat a level.

You'd be hard pressed to find a game that covers the Co-Op Casual Friday requirements more closely.  Family friendly?  Absolutely, clean as a whistle.  Appealing to casual gamers?  Yup, plenty of eye candy and very high on the cuteness factor.  Easy enough for a non-gamer to pick up and play?  It doesn't get much simpler than "point and shoot".  Is it still fun for the hardcore gamer?  The challenge and unique gameplay elements point to yes, as long as you are playing as Mario.  If you own a Wii, you owe it to yourself and your friends and family to check Super Mario Galaxy out!