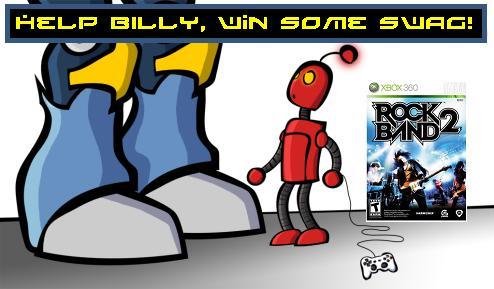 Today, we begin a new series of articles here at Co-Optimus.  You might have noticed that Co-Op Classics went to Fridays biweekly during the holiday news frenzy.  It will keep that schedule, and now, we'll have a new column for you on the off-Fridays.  This column will be dedicated to Family and Casual gaming.  In true co-op fashion, we want your input into the name for the column!  We'll even give you some swag, but more about that later...

Two separate though closely related types of gamers will be the focus of this column: the casual gamer and the young gamer.  The rise of the casual gamer is fairly well documented at this point in video game history.  Additionally, those of us who grew up during the early days of video gaming are having kids now, and it's only natural that we want to play with our kids.  Co-op is a great fit for both of these types of players.  Working together, and not as opponents, is more desirable in these situations.  Playing Deathmatch in Halo 3 with your wife is not likely to keep her coming back.  Similarly, no kid wants to get defeated by their parent over and over in Super Smash Brothers Brawl.  Playing through these titles in co-op mode, though, will be more enjoyable, both for the hardcore gamer and the newbie.

Let's discuss what we mean by 'casual gamer'.  To put it succinctly, we're talking about the Wii crowd.  Those who own only a Wii, that is, not a Wii in addition to other systems.  A grandma who plays PopCap games would be an example of a casual gamer, too.  Maybe this person plays solitaire on their computer at work.  They don't know what a FPS or RPG is.  Puzzle games and party games are going to be very appealing to these people, due to their easy learning curve.  The "training" genre of games for the Nintendo DS are appealing to this type of gamer, too.  They may not play many different games, but they get a lot of use out of the ones they purchase. 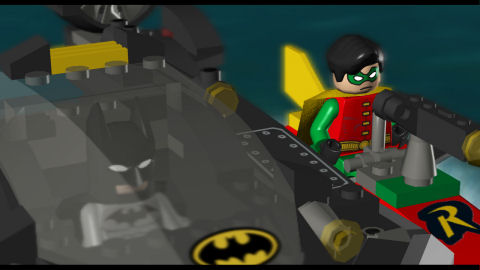 The other half of this column will be devoted to family gaming.  Generally speaking, this means children.  I know of many gamers like myself, who have kids and want to play games with them.  Finding a game that allows for simultaneous multiplayer , and yet is appealing to kids and to parents can be difficult, for sure.  Obviously, games with mature content will be left out of the discussion here, not matter how good they are (sorry, Left 4 Dead).  Games that are based on movies, TV shows, etc. will get some attention here, for sure.  Your kid might want to play the newest Ben 10 game more than anything, but will you be able to stand it yourself?  Those are the questions we'll try to answer.

You might be thinking, this is a hardcore gaming website, why should I care about kiddy games?  Consider the recent swell in the release of family and casual oriented titles on XBLA, like Puzzle Arcade.  Also, there's the addition of the Hasbro Family Games Night channel.  Clearly, Microsoft sees the value of family oriented gaming.  Let's face it, gaming isn't a niche hobby anymore, it's becoming far more mainstream.  Those of us who are more traditional gamers will have plenty of opportunities to get our friends and family involved in video games.

I want to mention two games which I consider to be the gold standard of what our new Family and Casual Gaming column is about.  the first is the LEGO series.  These games are fun, based on popular characters, and are both deep enough for Achievement junkies and forgiving enough for even a very young player.  As far as family oriented co-op goes, the LEGO games are top notch.  For the casual gamer, the epitome of perfection is the Rock Band series, especially Rock Band 2.  The appeal of picking up an instrument and living out your rock star dreams is hard to deny, and there's really something for everyone when it comes to the song selection, especially when you consider the DLC.  There are few games more appealing to the average person off than rhythm games, and Rock Band 2 is the cream of that crop.

So, now that you know what the new column will be all about, we need your help!  We've pondered and brainstormed and can't come up with a catchy title.  "Forced Family Co-op", "The Co-Op Ambassador", "Billy and the Lil' Bots", "The Family That Co-Ops Together, Stays Together"... yeah, all of these are pretty terrible.  So we need your input!  Submit your ideas for our Family and Casual Co-Op column title, and we'll choose the best.  The winner gets a sweet pack of swag: a copy of Rock Band 2 (game only) for the Xbox 360, plus a set of the critically acclaimed Co-Optimus stickers!  Bonus points for your thoughts on a logo, too.  The deadline is next Wednesday, so get yours in by then.  The winner will be announced next Friday!  Good luck!