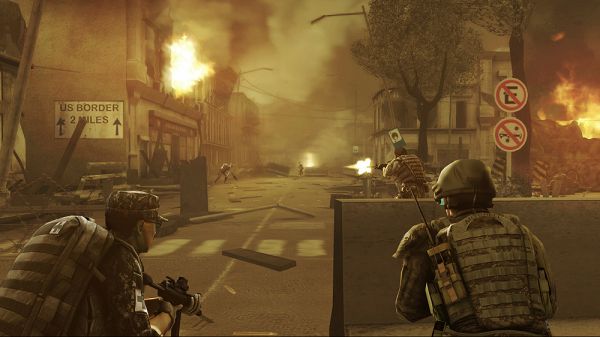 Two weeks ago, a rumor was on the loose -- a rumor that claimed that Ubisoft was cooking up new Ghost Recon and Rainbow Six titles to be release sometime in 2009.

Now, it seems that at least half of the rumor was fairly accurate: Joystiq reports that among the myriad of planned sequels and new titles listed in Ubisoft's latest earnings statement, a fresh Ghost Recon title will see the light of day before the end of the next fiscal year (March 2010).

The original rumor is supposedly fed by a person on the inside, who advises that a new Rainbow Six is being developed as well, and that both co-op Tom Clancy titles will be revealed "soon" and released in 2009.