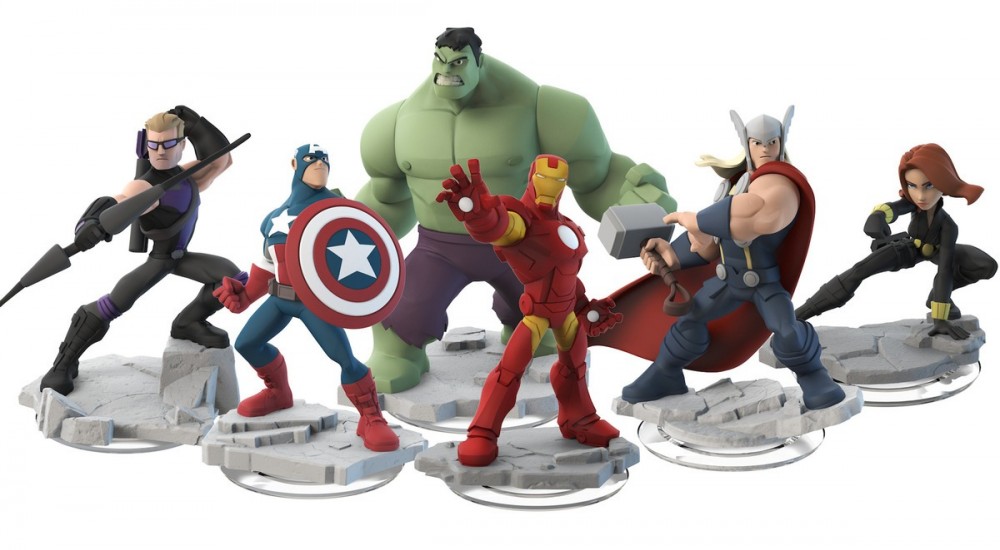 Disney recently announced that the community dubbed, "Disney Infinity 2.0" will be releasing this fall as a new title, Disney Infinity: Marvel Super Heroes! Bring all your favorite Marvel characters into an awesome sandbox with lots of it's features being overhauled from the predecessor.

To start things off, we have the main cast of "The Avengers": Captain America, Iron Man, Thor, Hulk, Hawkeye, Black Widow, Nick Fury, and Loki confirmed as playable characters, as well as a whole bunch more. Say hello to "your friendly neighborhood" Spiderman, the evil mastermind Modock, and the combination of Rocket/Groot characters from Marvel's upcoming film, "Guardians of the Galaxy" hitting theaters this August. Around 20 new characters and 80 brand new Power Discs to support them will be found in this new Disney Infinity set. While the Power Discs will still be randomized in packs, they will include some new features such as costume changes and sidekicks for certain characters (ex. Captain American w/ Winter Soldier, Iron Man w/ Iron Patriot). The same distinct art style found from the original Disney Infinity cast figures will be present here. Using various Marvel setting for new building aesthetics, such as Manhattan and Asgard.

The initial starter kit will treat gamers to three of the main Avengers cast (Iron man, Thor, and Black Widow), including the Avengers Play Set to use them in, and two mini-game Power Discs; all new discs that contain unique mini-games. Thankfully, all current Disney Infinity merchandise (figures, figure base, Power Discs) available will be compatible with the Marvel Super Heroes line, even in-game Toy Box saves can be carried over! The only exception to this is that the confirmed Xbox One version will require a new figure base to be purchased, apart from the other confirmed platforms. There are also a number of new game mechanics being added in this version. One being that all characters will now fall into distinct categories revolving around their special abilities. For example, Thor and Captain America will be in the "Brawler" category, while Black Widow will fall under the "Agility" category. Many of the characters in the last Disney Infinity unofficially fell into these categories due to their in-game abilities, but now they will be neatly organized as such. Additionally, more RPG like elements have been added to make each character feel unique to every player. Following a certain Skill Tree pathway will increase certain stats for a character, upgrading them to be whatever the player desires. For instance, Thor's abilities of flight (new locomotive ability that certain characters may have) and strikes of lighting can be upgraded to a max total of 20 combined.

Finally, the Toy Box Mode will be getting a massive revamping in this title. In addition to the new mini-game discs, building worlds here will be much, much easier to do this time around. There will even be an AI building to create environments for you! Let the AI create lush worlds to explore, while you customize yet another new feature: a traversable, personalized home! Decorate the walls with your earned achievements or obtained wallpapers within the mode. Disney Infinity: Marvel Super Heroes will be coming this fall to most major consoles: Xbox One, Xbox 360, PlayStation 4, PlayStation 3, Wii U, PC, and iOS. All co-op features are to remain the same.