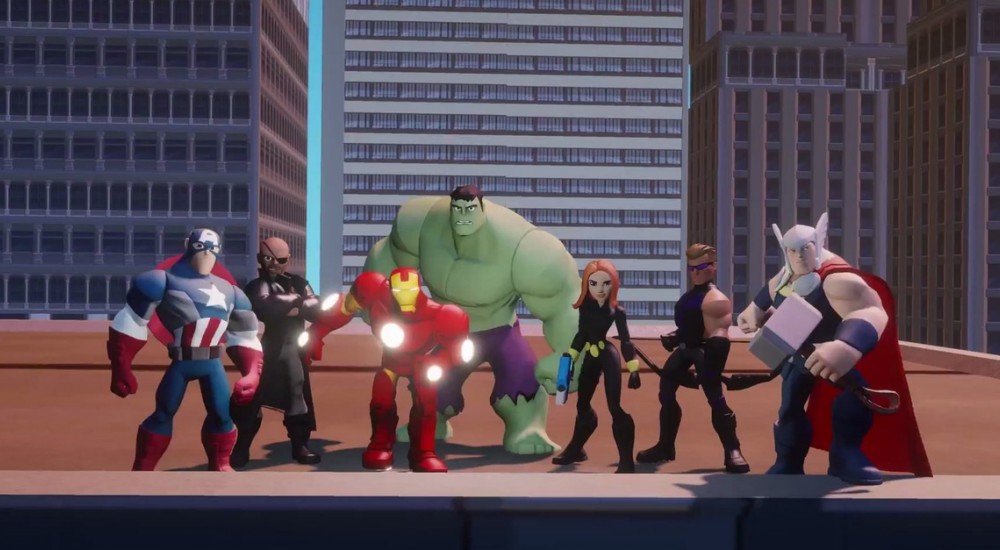 An all new trailer for Disney Infinity: Marvel Superheroes has been unleashed! Possibly alluding to a featured storyline within the Avengers playset, we now have an idea of some of the environments and enemies we'll be up against within this new version.

In this epic trailer, The Avengers' main adversary, Loki, looks to have placed an icy spell of doom on more than just New York, but the entire world. If I had to guess, he got friendly with the Ice Giants (although I can't begin to understand why). Luckily, we have our team of all-star super heroes to combat his diabolical schemes:

Though only the main Avengers team is shown here, we do know that other Marvel heroes like Spiderman and the duo Groot/Rocket Raccoon will be coming to the version. It will be interesting to see if Wolverine will make it in, being that he's such a beloved Marvel character. I'm also going out on a limb here and predicting the other Guardians of the Galaxy characters will be coming as well. Just a hunch. Disney already stated that more characters will be announced at this year's E3 event in June.

Disney Infinity: Marvel Super Heroes will be coming to nearly every platform this fall, with all co-op features from the previous title present and more! This is Disney Infinity 2.0, after all...