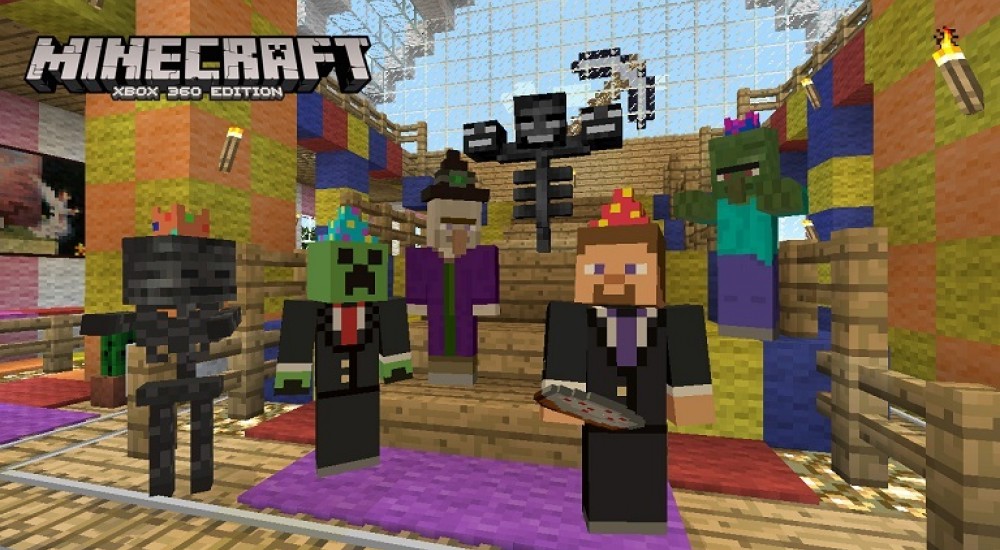 Minecraft: Xbox 360 Edition turns two this week, after selling over 12 million copies. Console exclusive gamers have had two years to construct their dream homes, only to fight off waves of exploding jerks who wish to turn their elaborate palaces into smoldering craters. And what better way to celebrate than dressing up your favorite block-based avatar?

Last year, the 360 Edition saw the release of a "Birthday Skin" DLC pack. This year, not only is it free, but they are releasing a second "Birthday Skin" Pack, also free! If you're concerned these packs will just be variations of Minecraft mascot Steve in different styles of party hats, don't worry. You'll get skins of characters from Fable, Banjo-Kazooie, Viva Piñata, and Halo. Both packs are available (once again, for free) from May 9th to the 18th. If characters in party garb doesn't do anything for you, how about a mass sale on a whole bunch of Skin and Texture packs? 50% off from the 9th to the 11th, so you'll want to act fast for these sick deals. DLC packs featuring Marvel products are not on sale, however. Tony Stark doesn't do half-off.

With new content consistently rolling out for this time-devouring game, I'm sure Minecraft will keep enchanting players for years to come.