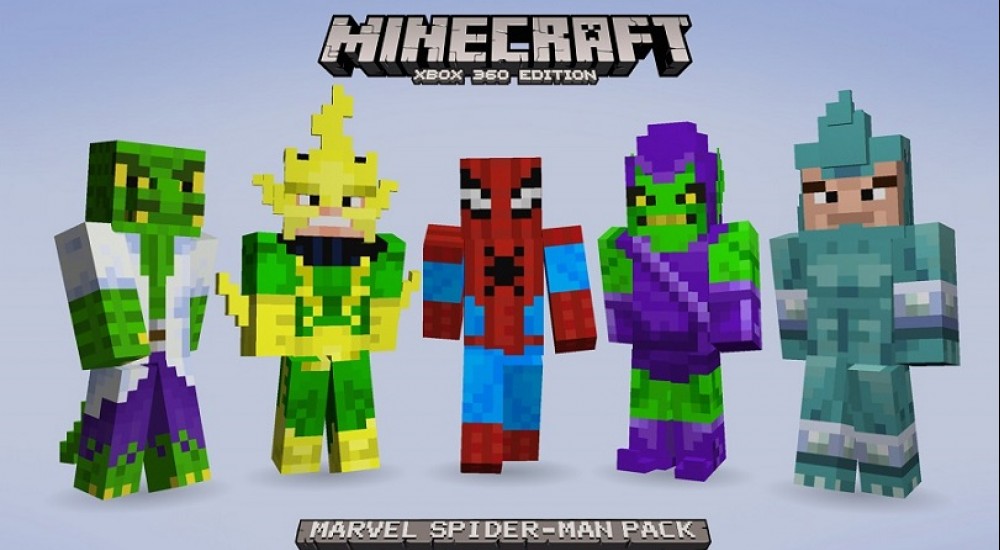 Since the next installment in the Amazing Spiderman film series is almost upon us, now is the perfect time for Microsoft to let the Web Head enter our Minecraft: Xbox 360 Edition worlds. Grab the latest Skin Pack DLC for the game now.

Today, players will be able to purchase yet another of 4J Studios' "Skin Pack" DLC's, this time with a Spiderman theme. Apart from "Your Friendly Neighborhood Spider-man", a fantastic assortment of Spiderman characters (including many of his legendary villains), are also included in the "Marvel Spider-Man Skin Pack"; 35 in total. Some of the more notable ones being of The Rhino, Doctor Octopus, and Carnage. Please take gander at the video below for a special Minecraft trailer for the Skin Pack:

The "Marvel Spider-Man Skin Pack" DLC will cost just as much as the previous packs, only $3. No announcement for when the PS3 Skin Pack will arrive, but it shouldn't be too far off. Until then, keep on building your worlds with your friends; because eventually we will be able to transfer them over to the upcoming Xbox One version!