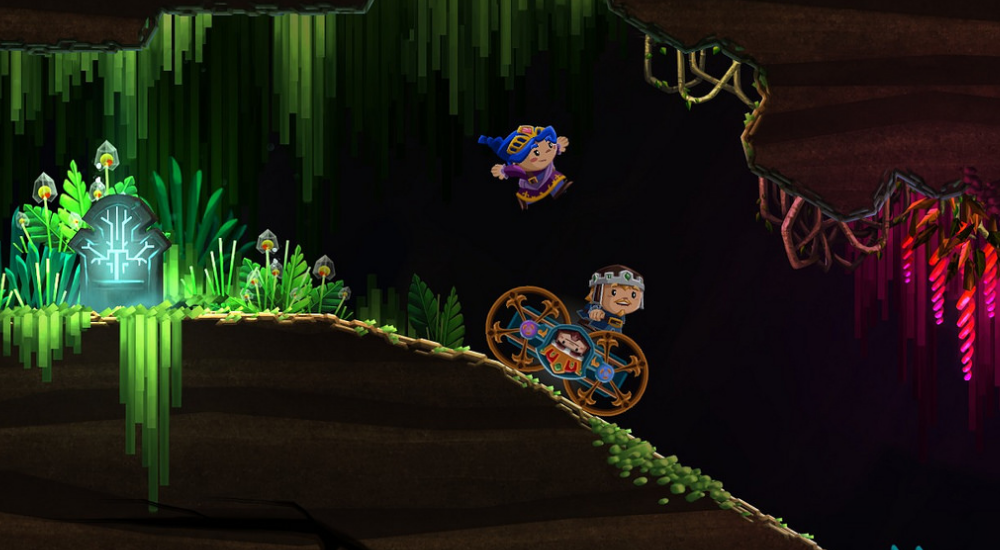 Push, pull, slide, ride and reel. That's Chariot in five words. Using a few more words, it's a 2D co-op adventure platform game that stars a princess and her fiancé tugging her father's remains through a cave on a "chariot" to reach a resting place suitable for his royal bones. From that alone, it's easy to tell this is going to be a crazy game.

Making things much less straightforward is the king's ghost who is bound to the chariot. He insists he be buried with massive amounts of riches, so in addition to navigating mazes and just trying to survive the cave, you also have to seek out treasure, coming up with ever more creative ways to get at the loot without losing the king's remains. Sometimes the best game ideas sound like an episode from an '80s sitcom.

Although online co-op is always nice, Frima Studio doesn't think it's ideal for Chariot. Executive producer Martin Brouard said the team wants players "strategizing, interacting, and debating live — not over the internet". In other words, they want us close enough for physical violence. Local co-op is always best with a little playful punching.

Expect Chariot to hit PS4 this fall. It has also been mentioned for an Xbox One release as part of the ID@Xbox program. It's designed for two player local co-op, but a solo mode is also included.