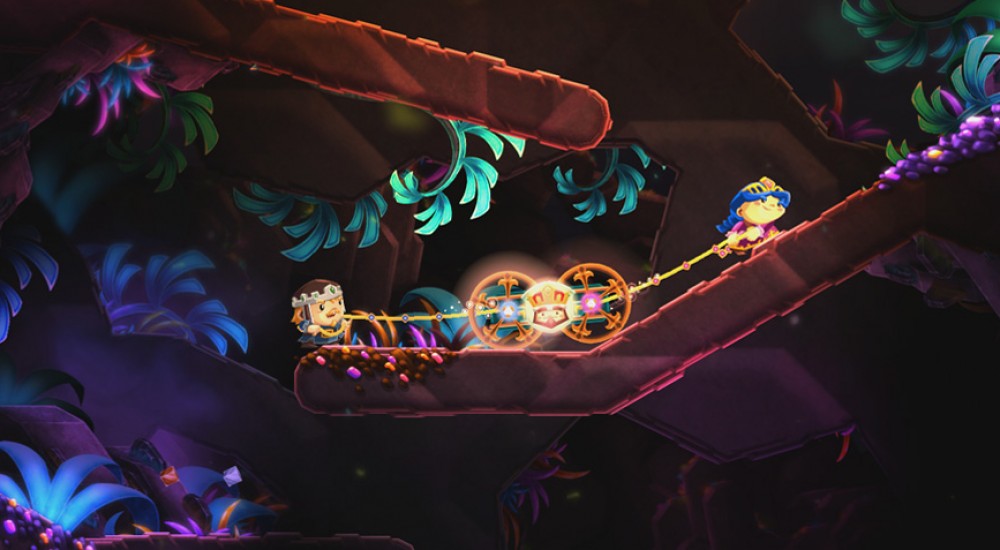 Indie co-op platformer Chariot is making its way onto PSN next week. Little has been mentioned of this game since it was first shown off earlier this year, but the colorful and charming art-style along with the physics-based co-op mechanics definitely makes it look like it could be a great couch co-op game.

Sony's PSN Blog brought news of the game's release along with a handy little summation of what the game is all about:

Chariot is a co-op platformer game where two players have to work together using physics-based mechanics, like pushing and pulling, to bring His Majesty’s royal coffin to his final resting place. Since the king’s ghost is picky (to say the least) regarding where and how he expects to be buried, this won’t be an easy task. Along the way, the Princess and her Fiancé will have to gather gold and precious gems to decorate the sepulcher.

As gamers, we're used to getting all the loot for ourselves, but Chariot seems to be turning this around and making us give all the loot to the recently departed King... which seems unfair. I mean, c'mon! What's he gonna do with those 1 boots?!

Chariot looks like it has a lot of charm and mechanics look really slick in action. Even though I'm lost in the endless loot grind that Destiny, I can't wait to take a break from it all and sit down with my local co-op partner to give this a spin.