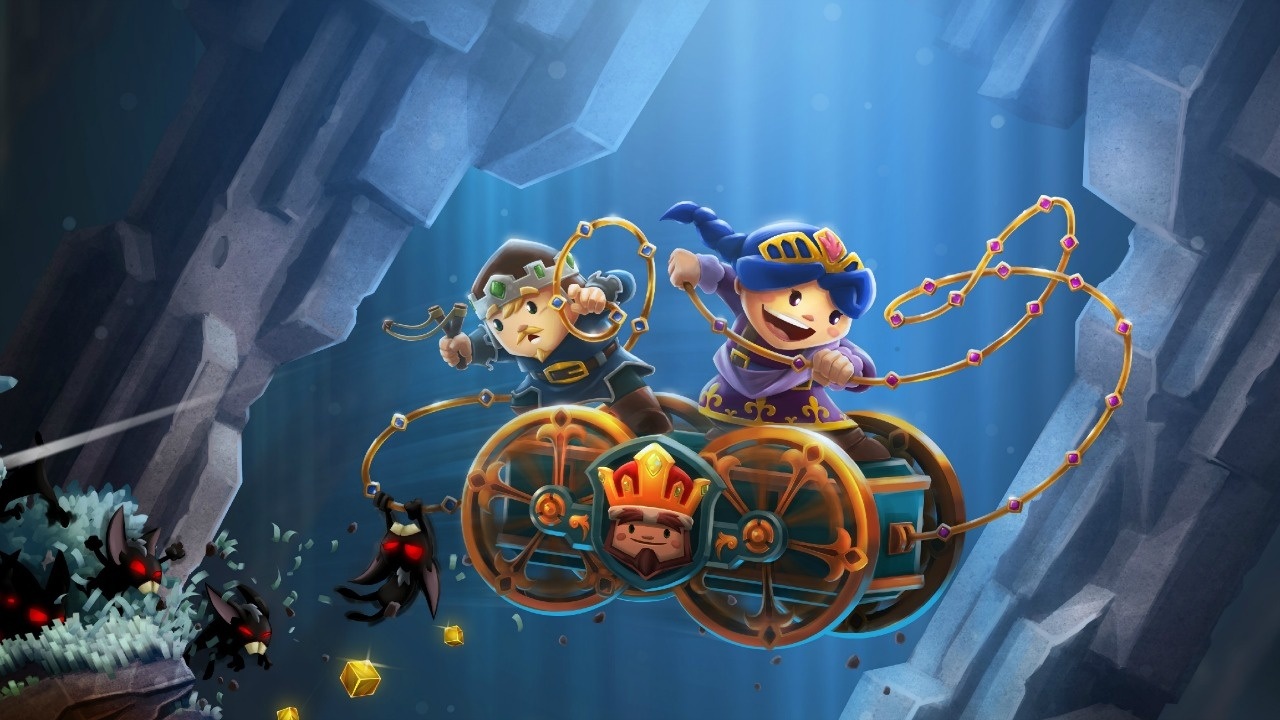 What time is it?  That time of the month where we find out what games are being made available for free to Xbox owners who also subscribe to Gold.  Whilst 360 owners are being given access to two solo games, it is the One aficionados who get the brand new 2 player co-op Chariot for free.

Chariot is out today, but hold out until tomorrow and you will be able to download it for nothing as part of the Games with Gold promotion from Microsoft.  The game is available throughout October and is so fresh there is no Co-Optimus review yet, but our preview suggests that it looks like a fun game.  The co-op is local because developers Frima Studio feel the game is best played together in the same space.

Xbox 360 fans are getting some 'free' games in October too in the form of Battlefield: Bad Company 2 from 1st-15th and Darksiders 2 16-31st.  Solid games that will provide plenty of hours of single and multiplayer action.