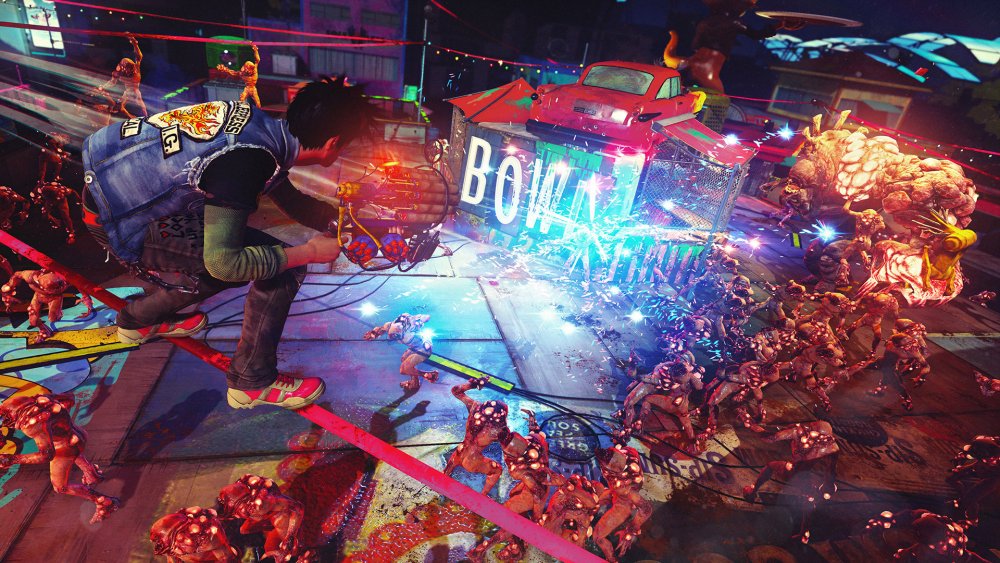 Insomniac Games is setting to do something ridiculous (again), bringing their hyper stylized gameplay and visuals to the forefront of Sunset Overdrive. In this gameplay preview, Ted Price, Drew Murray, and Marcus Smith give us some insight into their Xbox One exclusive title.

The video demonstrates the emphasis on momentum and style, as Sunset Overdrive rewards players for performing instead of simply pulling the trigger blindly. Style is built up by killing enemies, switching weapons mid combo, and creative traversal across Sunset City.

The devs also go into how fully featured the game is, as it comes with a full range of customization options for your character and an open world that is at your mercy to explore. There are tons of quests and missions and Insomniac assures us the story is what drives the game with the style making it as fun as possible.

Here is the full video in all its glory:

The gameplay looks slick, and the world feels alive so we are excited to see what is in store for this next generation title from Insomniac Games.