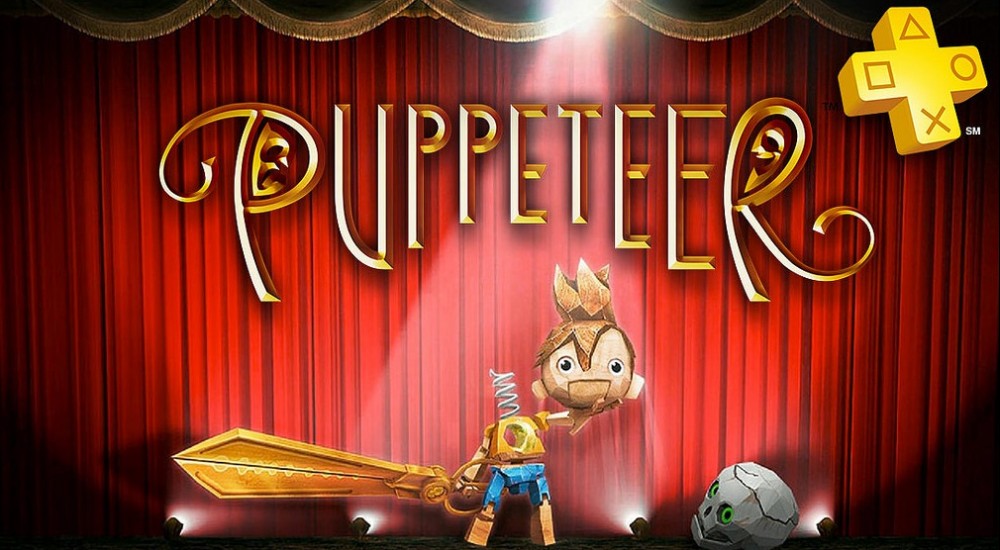 Good news for US-based PlayStation Plus members! The creative puzzle platform game Puppeteer has jankily danced its way into the Instant Game Collection. That means it's free, in case you weren't paying attention.

Puppeteer stars a young boy named Kutaro who has been turned into a puppet and has had his head ripped off. Don't worry, he's ok. Mostly. To stay alive, Kutaro finds skull substitutes and attaches them one by one, granting him different abilities while equipped. He's also armed with a pair of magical scissors that allow him to attack enemies and move along surfaces made out of paper, which is a surprising number of things, as it turns out.

Kutaro's pal is a ghost cat named Ying Yang who can search for heads for Kutaro. He also makes a very natural local co-op partner. Player two can join in and assist the first player by knocking enemy's heads off, collecting items, blocking boss attacks, and destroying certain obstacles. It's designed with a no-fail mentality mind, meaning the second player can't cause mischief, they can only help. Perfect for less-experienced gamers or your drunken friends who just won't leave your house.