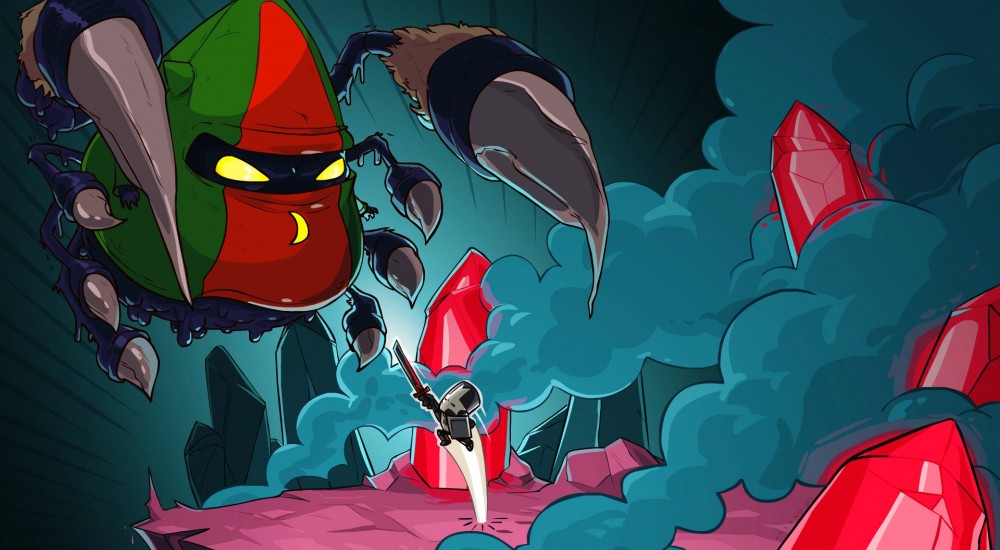 Slaughtering your way across the anarchic world of Castle Crashers is akin to looking through the eyes of a sociopath who majored in Medieval History while tripping on acid. Maybe you missed the surreal subversion of fantasy tropes the first time around, but its finally time to rectify that. Castle Crashers Remastered is finally out on the Xbox One. Coming in at $14.99 for first time Crashers, this enhanced edition of the beat'em'up is free for owners of the 360 version, so long as you pick it up before the 20th.

I won't mince words here: I love Castle Crashers. The controls are tight, the visuals are crisp, the enemies are varied, and the combat is a fun-filled bash fest. Maybe the game happened to come out in a beat'em'up drought, or maybe because it harkened back to the days of Double Dragon, but this game stands out as one of my favorite Xbox Live Arcade titles. This definitive edition locks the framerate at a smooth 60 fps, comes with all the DLC, and adds a new minigame entitled "Back Off Barbarian." Remastered is the premier version of Castle Crashers. If this is your first time crashin', grab a few friends and slaughter your way to victory. If you haven't crashed in a while, maybe it's time to test out some of those DLC characters you never played as. Of course, why would you need those fools when you have Lightning Knight, who is superior to the other knights in every way. And if you disagree with that, lets see you suck down a billion volts during the inevitable dual to the death for the Princess' affection.

We liked the game quite a bit when it first came out. With such intuitive gameplay and satisfyingly visceral combat, I doubt time has been to cruel to Castle Crashers.