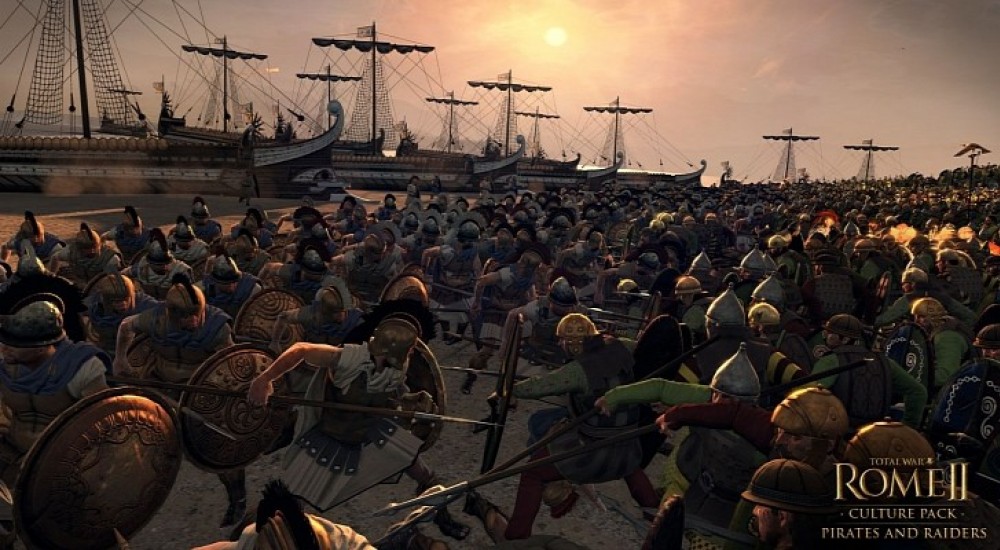 It is a well known fact that in order to make your product more marketable to us sad, sad beings on the Internet, you should add Pirates to it. I fall on the "Ninja" side of that conflict, but Ninjas didn't make too many appearances in Italy circa 52 BCE. Perhaps due to the lack of Ninjas, Creative Assembley has announced the "Pirates and Raiders" DLC for Total War: Rome II. A little bit of Pirating never hurt anybody.

Well, except for all of those people murdered on the high seas, but that is neither here nor there.

The new DLC was announced on Creative Assembly's 20th episode of Rally Point. Take a look.

The new pack allows you to play as a new culture with the Balkans. The Balkans encompass three playable factions: the Tylis, the Ardiaei, and the Odrysian Kingdoms. All three are skilled raiders specializing in mobilizing tons of dudes before your enemy realizes they've got an army of wealth-hungry pirates in their back yard. The pack drops for $7.99.

The Rally Point also makes note of some free DLC as well: the Battle of Pydna (explained in the video), and the Getae Faction. The Getae start their quest for world domination smack dab between a ton of super powers, so they've picked a risky location to set up shop. They've got hardcore cavalry to help even the battlefield, however.

The Devs keep releasing patches and DLC for Rome II, so somebody out there is still playing it. While it had a pretty rocky launch, Creative Assembly seems dedicated to improving the experience as best they can.