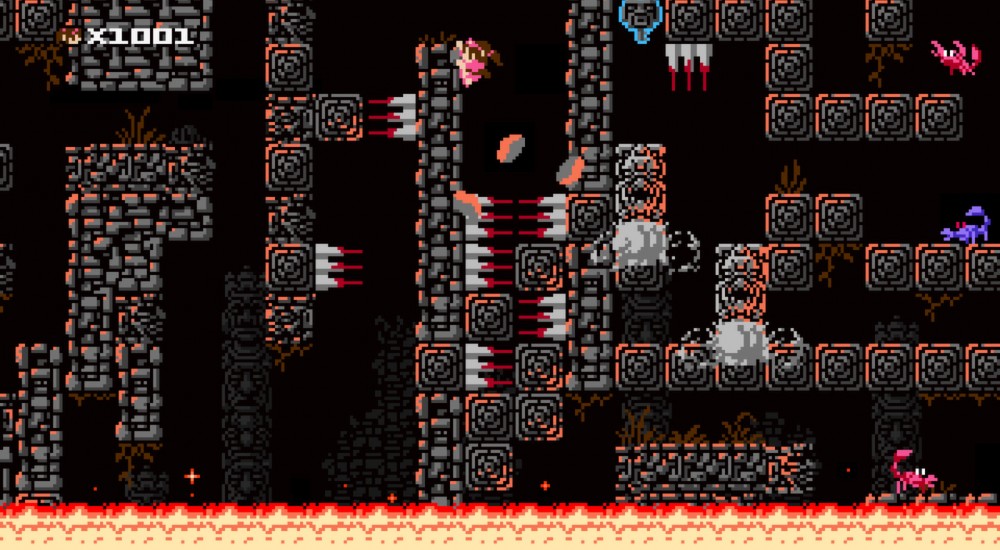 It's an all indie release week this week. Only PC owners will get treated with new games to play, both available on Steam.

1001 Spikes (PC) - From developer Nicalis (who has an AWESOME WEBSITE), this platformer reminds me of a more retro -looking version of Spelunky. The game provides similar mechanics to players as they traverse caverns and levels in this pixelated adventure. [4 player couch co-op]

Crimzon Clover WORLD IGNITION (PC) - Classic SHMUP action for the modern age, the new version of this game has a ton of great features including an additional ship, new games modes, tweaked and more balanced mechanics, and more .Two players can team up in co-op to avoid ALL DEM BULLETS. [2 player couch co-op]

That's about all we see for this week. With E3 next week most publishers are avoiding any releases for the next few. Did we miss anything?