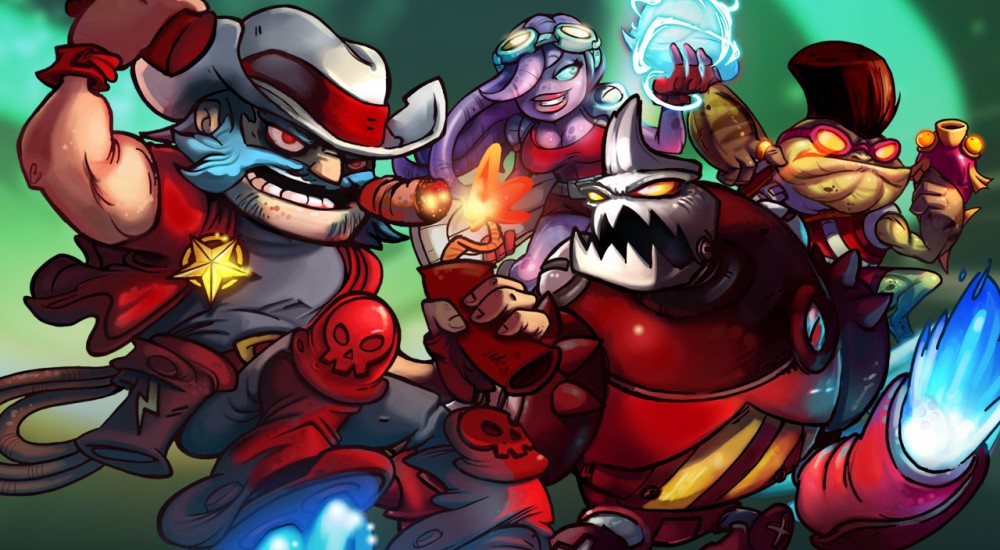 We just got word from Ronimo Games that they will be bringing their 2D MOBA, Awesomenauts, to another of the current gen consoles, Xbox One!

This morning, Ronimo took to their Facebook page to announced that Awesomenauts Assemble will be coming to Xbox One sometime in the future. No official date has been specified, so we'll keep our eyes and ears open for more information. Awesomenauts Assemble is, essentially, the console version of Awesomenauts with all features currently up to date with the PC version. Many of the new characters from the Starstorm DLC are present (minus two that have not be released thus far: Ted McPain and Penny Fox), with more content to come as Starstorm continues to roll out content. The Xbox One version will also receive its updates as close to the PS4's as possible (next PS4 update will be here by late June/early July).

This is an interesting bit of news in particular, mainly due to their Xbox 360 version ending up receiving a small number updates than promised, We'll have to see how this version will turn out for Microsoft.