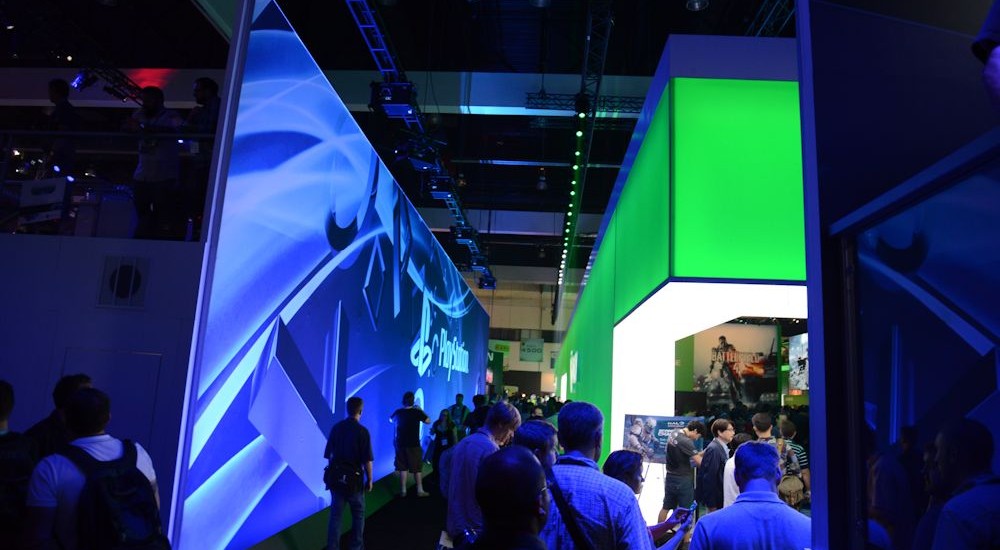 Heading into my 8th E3, I'm feeling pretty excited. While last year saw the two new big consoles unveiled completely, this year is going to focus solely on the games that will run on them. I'll admit, over the past two years I've slowly begun to favor PC gaming to the point that I rarely touch a console anymore. Still all the glitz and glamour that surrounds them is hard to ignore. First year at E3 and I don't know what to expect. I've been watching the conferences and live streams of interviews nearly every year, but as this is my first time on the floor I'll admit I'm a bit taken back by what's about to go down. Sony's conferences have always been my favorite, and this year I fear that they won't deliver. The PlayStation 4 is on top, but will it stay there? Sony is in a place to dominate it all, but they'll need to make the right calls. Similar to Kinect, they have the Move camera, but we haven't seen much of its use. I fear they may push it this year with half baked ideas. Also, without the presence of handsome Jack (Tretton) I worry the flair of the conference will be gone.

To me, Microsoft has proven year after year that they care more about their agenda than the agenda of gamers. With new management at Xbox, I hope this changes, but it's hard to teach an old dog new tricks, and that's why I think we'll see something along the lines of a partnership with television providers, sports leagues, or something so out there - like frozen yogurt - we won't know how to react. That being said I have no doubt the Call of Duty: Advanced Warfare gameplay demo will be entertaining,

Remember when dubstep was cool? It's not anymore. Ok, I still like it, but when you put it in every god damn trailer out there it loses its intensity. Electronic dance music has hit the mainstream recently, and I think we'll see more trailers to thumping beats from the likes of Avicii, Martin Garrix, and the Bingo Players. This might be (read as: definitely will be) a bad thing. Microsoft: This year we are going to see more promises of home entertainment integration (such as the NFL app) and promises for smart glass to actually be useful. Nothing crazy in terms of games as Microsoft plays things safe with things like Call of Duty, Gears of War, Halo and Fable. They will bank big on Sunset Overdrive as that is the only exclusive that really stands out for them. They will try and gain ground with the indie devs but I don't know if this will come through on the stage.

Longshot - a new Viva piñata that makes everyone fall in love with Kinect.

Sony: Sony has the pole position for the big guys and will come out guns a blazing this year. They have a ton of momentum coming from great PS4 sales so they will pump everyone up with things they love - Infamous DLC, Gran Turismo car porn, and project beast will get all the from software fans jacked up. On the indie front sony has a huge advantage and goodwill with consumers so they can just parade all the developers on stage like show dogs and people will get excited to see Sony helping the little guys. Don't expect much for the Vita other than a couple existing titles coming to the portable.

Nintendo: coming off a strong Mario Kart push we can only hope that Miyamoto brings the next Zelda to keep the company afloat. Everyone is curious how the NFC toys will integrate with the WiiU, and wonders why Nintendo is late to the Skylanders/Infinity party. Since they are Nintendo, they will sell small toys like gangbusters. Smash Bros will get everyone excited with some cool character announcements. Finally some new IP will hit that makes Nintendo look like a crazy person but then in a year, everyone is trying to catch up and copy them.