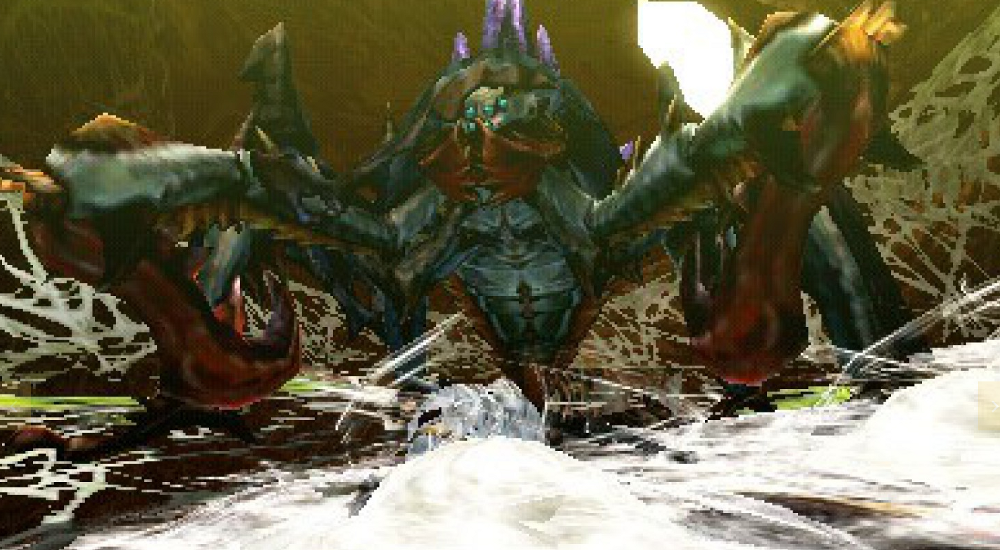 You did remember that Monster Hunter 4 Ultimate is finally traveling the world in 2015, right? The 3DS exclusive is essentially an upgrade to the Japan-only Monster Hunter 4, but part of that upgrade involves slapping English text on the screen and shoving it into the hands of eager players whose last taste of MH was Monster Hunter 3 Ultimate.

Monster Hunter 4 Ultimate includes everything from MH4 but, you know, more. There are two new weapons classes (Insect Glaive and Charge Blade), new beasties, new sub-species, and plenty of new locations to explore. Underwater combat is gone (no one has shed a tear so far). Air combat is now a thing, but don't think you'll be flying around like a bnahabra. Instead, hunters have leaping vertical attacks to unleash, which includes latching onto monsters' backs and stabbing away. You know how launching players is generally considered a bad thing? Now you can launch them right onto monster's backs. It's tactical, dammit!

The trailer really doesn't show off most of the new things. It's more of a blood-pumping piece of candy for newbies to the series. Still, more people buying and playing Monster Hunter means more Monster Hunter will make its way out of Japan. The series is enormously popular in its home country, selling a combined 28 million units over the past ten years.