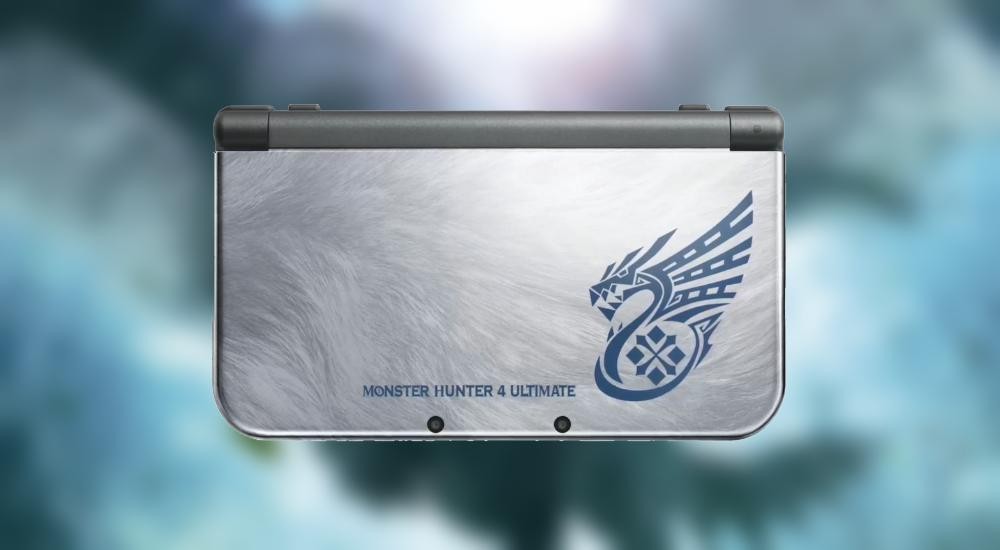 Nintendo and Capcom have announced a special edition 3DS featuring Monster Hunter branding that will be packed with the upcoming Monster Hunter 4 Ultimate for the system. The 3DSXL is actually a "new" 3DS with a faster processor and enhanced NFC capabilities to support Nintendo's Amiibo figures. The price of the system is set at $229.99 and right now the only way to get it, is to purchase it from Gamestop.

Monster Hunter 4 Ultimate features a myriad of enhancements and updates including two new weapon classes, more vertical environments, virus effects for the monsters, and dynamic terrain changes. There most exciting sounding feature is the ability to hop onto the monsters you are hunting to try to bring them down with a flurry of attacks.

If you happen to pick up the new 3DSXL or the Monster Hunter 4 3DSXL you'll also get enhanced graphics, C-stick functionality and the ability to customize the two extra buttons. Not too shabby.

Capcom has also announced the release date for the game, which is set for February 13th, 2015. It's easy to make a Valentine's day joke here, so I'll just leave it at that. Needless to say M4U is an online co-op game for four players, so it could make your special day even more special.