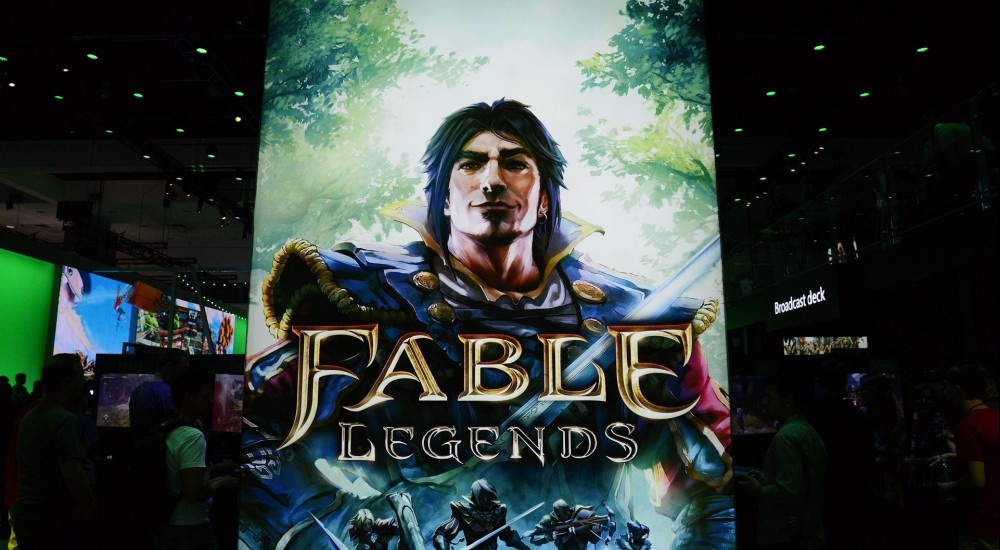 The Fable series has long been a staple in Microsoft's portfolio, so it should be no surprise to see a new game coming to the Xbox One. What might be surprising for some though is that instead of a single player adventure with a buddy co-op system like we've seen in the past, Fable Legends is a fully designed four player co-op experience with an optional player controlled dungeon master. The focus of the game isn't necessarily on story, though we were promised there would be plenty of context, but instead on replayability and goods.

For our demo I played as Sterling, he is one of six announced heroes players can choose. His focus is on melee combat - and while he could deal a bunch of damage, he couldn't necessarily take it. His class is called the Rogue. The other characters and classes revealed are Rook (Archer), Winter (Magician), Inga (Warrior). There's also a Necromancer and Healer class.

Once we dropped into the level, a timer counted down letting us know the player controlled DM was setting up our mission, carefully placing minions around the map. The evil dungeon lord has a very different perspective of the map. By zooming the camera way back, he has an isometric view of the whole battlefield. Think of this view similar to a tabletop board game where you can control all the pieces, except the pieces move in real time. The DM must not only plan where to place minions, but must also decide on what type of minion out of the four classes to use and where to place traps as there is a limited number on resources. While all that was going on I was admiring just how detailed the character models are in Fable Legends. Sterling was dressed head to toe in a leather and cloth outfit making him look like a French fencing instructor. Little details like pouches and belts popped off the character, you could see the layers of clothes on top of a character model and it was incredibly impressive.

Once the timer was done and we started through the level we started to encounter some baddies. I had quick and heavy attacks, as well as specials like the ability to uppercut an enemy into the air or toss out a quick fan of knives. A dodge roll and jump back was mapped to a bumper allowing Sterling to get in and out of combat rather quickly. One of my co-op partners were armed with a giant heavy shield and sword and led the charge, sucking up most of the damage. Another was buffing the party, casting things like ice shields and other spells to benefit the entire party.

Clearing waves of enemies unlocked a door to the next area and it was rinse and repeat. While all this was going on the DM was setting up the next area with new minions and traps. The DM also had direct control of gates throughout the map, and was constantly trying to separate our party with some divide and conquer tactics.

And he succeeded. Our group was splintered, most were down, and our healer was unable to revive us. A constant aerial bombardment kept her at bay as she tried to revive us and soon she fell as well. We never got to see the sweet treasure at the end of the level.

What we played of Fable Legends was pretty impressive and an interesting take into the world of Albion. We were told that there would always be four players in each mission, with the AI taking over for the other characters if real players weren't available. A rep told us what was on display was only a small sample of a sub quest within the game itself, and was merely a demo to showcase game's basic mechanics.

There's no release date set for Fable Legends yet.