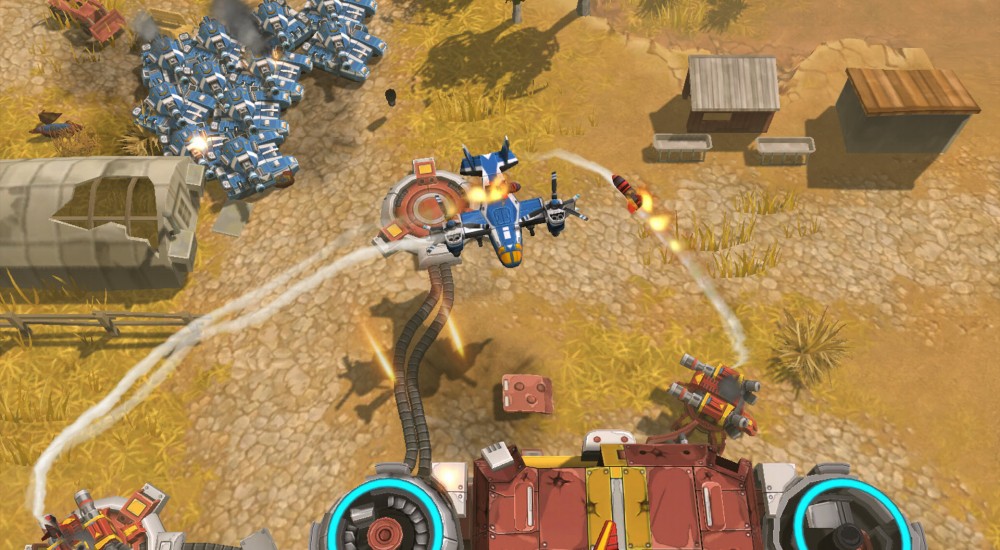 If giant transforming robots of destruction are your thing (insert Michael Bay reference here) than AirMech Arena might be right up your alley. This free to play title combines the fast pace of a top down shooter with real time strategy elements, while also throwing some MOBA action into the arena. AirMech Arena, from Ubisoft and Carbon Games, will see a release this summer on Xbox 360, but not before the closed beta which runs July 23 - 29.

The beta is set to include all components of the main game including single-player, multiplayer, and co-op for up to three players online.