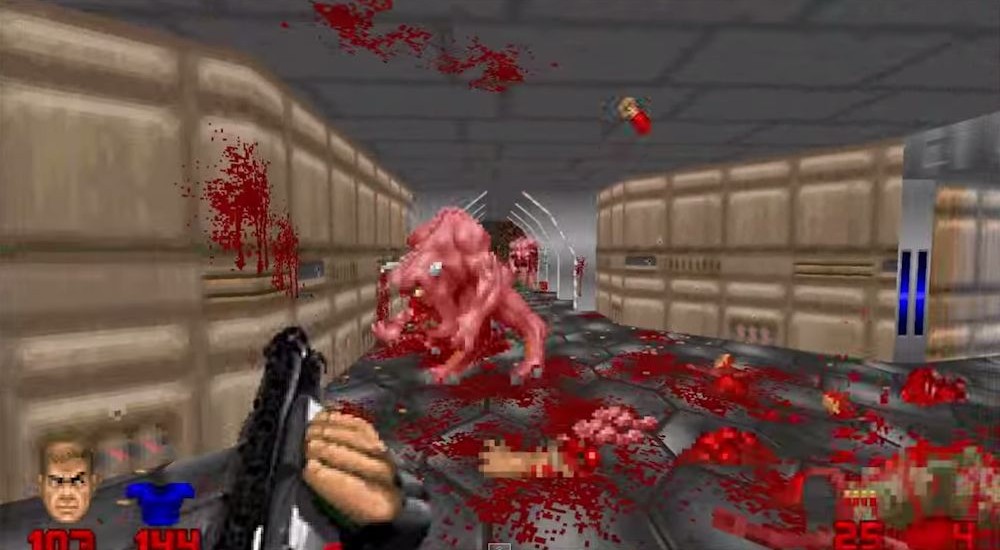 The new DOOM was revealed last week at QuakeCON, with an event attendee only demonstration that showcased the new game. While we can't see what was shown, PC Gamer has some impressions of what was on display - and it sounds like the game is returning to the roots of arcade, over the top gore filled gameplay. But despite the fourth DOOM game coming, people are still playing and modding the original; which is still one of the greatest co-op games ever made.

With that comes Brutal DOOM. A new mod that adds physics, new death animations, blood splatters, visual effects, and other tweaks to the game play for DOOM 2. The mod is being shown as part of a map pack called Recurring Nightmare, which features a retelling of the original DOOM. It also adds an additional four players to co-op play so 8 players can take on the map pack together.

Check out the video below to see it in motion, it honestly looks pretty great for a 20 year old game! The release date of Brutal DOOM v20 is still TBD. You can get info on the existing version of the mod here.