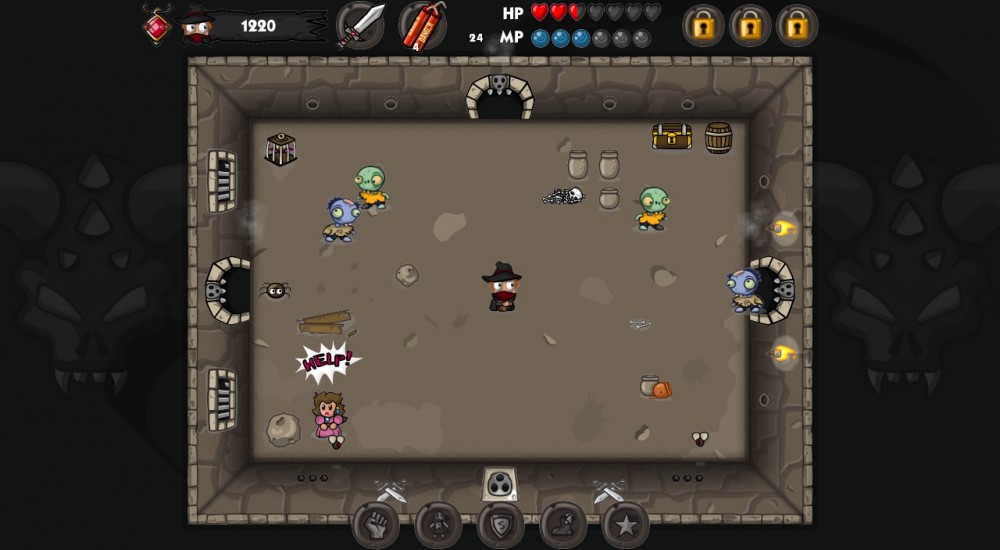 If you're going to utter the sacred name of Smash T.V. you better deliver. Obludia is a recent indie game release on Steam in the same realm as the classic co-op game. It's a twin stick "shooter" with various rooms of increasing difficulty and baddies with the goal to collect coins and goodies to continue your journey. But does it deliver on it's big money promise?

From the little I played of the game it's a fun diversion, but it lacks the strategic pacing and the exceptional co-op play of Smash T.V. Instead what Obludia delivers is a rogue-like experience more akin to Binding of Isaac than Midway's arcade classic.

The single player has you descending depths of dungeons, with every few levels giving you a store to purchase items like dynamite, healing potions and even a dog that'll retrieve goodies during the levels themselves. The game throws a wide arraignment of bad guys at you: bats, skeletons, zombies, devils, slimes, and numerous other crazy creatures.

The co-op mode is a survival mode where players have one life and they need to survive against an ever growing wave of random enemies. And...that's about it. Like I said - it's a fun diversion and the high score system is nice, but I wasn't overly impressed.

No game has scratched that Smash T.V. itch yet, so I'll continue waiting until SOMEONE makes an HD update.