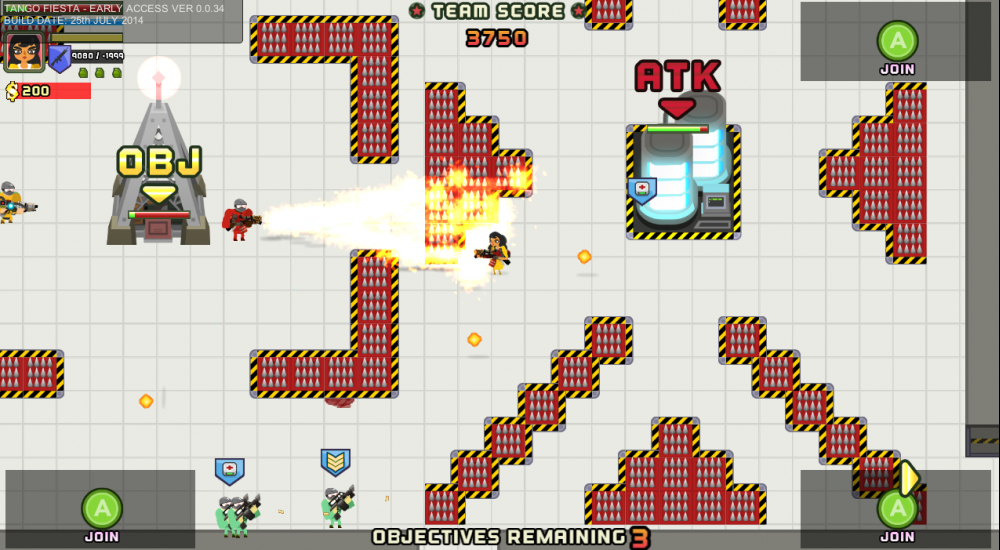 If every 80's action film could fit into one game, that game would be Tango Fiesta. The latest update to this Early Access title takes a page from "Running Man" (1987), placing you in a deadly game show titled 'Who Wants to Be a Killionaire'. You play as the first playable female in Tango Fiesta, Conchita, who's been wrongly accused for a crime she didn't commit.

The Killionaire update features a new world with new enemies, bosses, weapons, traps, and music, as well as some multiplayer-only "secret" objectives. The new level is not yet available to play in online multiplayer, as Spilt Milk Studios is still running through last minute testing before releasing it to the public.

The Killionaire update is easily the largest update yet to Tango Fiesta, and adds a ton of free content to this Early Access title. Tango Fiesta is currently available via Steam for Mac and PC at $12.99 (or you can snag a 4-pack for $39.99).