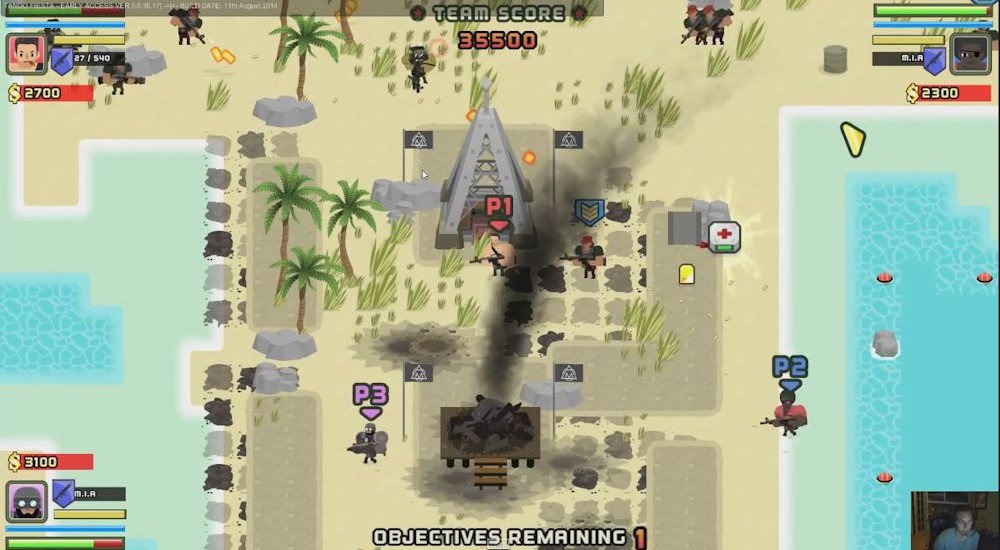 It's always a "thing" to do when describing a game, to compare it as some sort of mashed up love child of other games. I immediately was reminded of the classic game, Total Carnage, and there's a splash of Broforce happening here too. While the character roster isn't as wide spread as Broforce, there's some similarity to be had. All characters have access to the same moves and weapons, which are unlocked by earning cash in missions, but each one has different strengths and weaknesses in areas like health, speed, accuracy and endurance.

The procedurally generated levels are a nice touch, keeping things fresh as you complete objectives like blow up this building, shoot all the bad guys, and "hack the gibson." We ran into a few bugs (the game locked up twice, hence the two videos) - which is to be expected in an alpha of a game, but overall, it was a fairly fun romp.