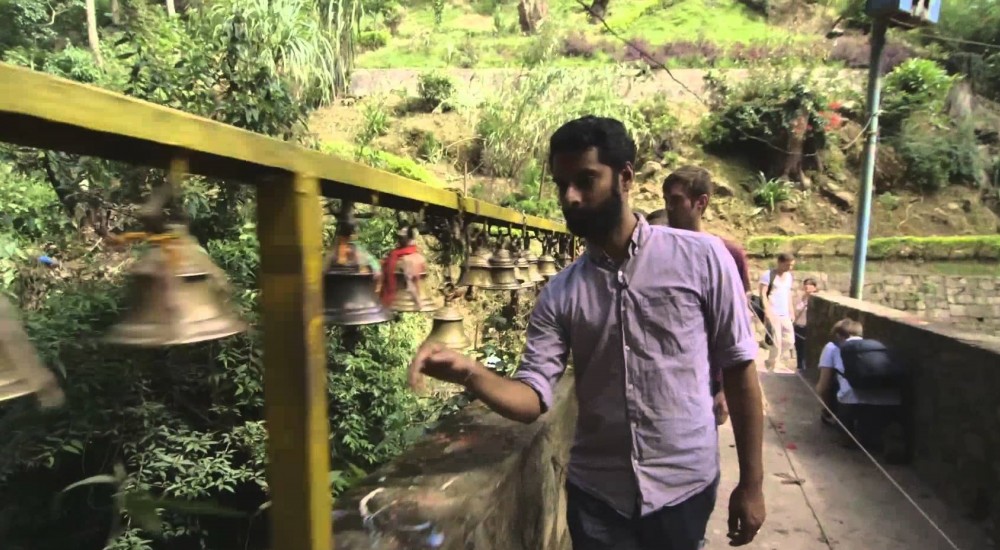 The tale of several Ubisoft employees on a quest to understand the Himalayas continues! In order to provide a realistic setting for Far Cry 4, these three folks left their comfy cubicles and journeyed into the drastically foreign land of Nepal.

When last we left our heroes, they just witnessed a goat sacrifice and were chatting up the legendarily fearsome Gurkha soldiers, who the in-game enemies are based on.

If you've played a Far Cry game in the past, the environment is just as much of a character as anything moving on screen. The fictional region of Kyrat could not be constructed on pictures and videos alone. Part 2 shows their adventures in the jungle, and how ancient tradition carries over into the scenery and feel of the land. They also venture onto a Guerilla Trail which was highly active until recently.

I wonder how that little old woman sharpening her scythe would feel about being a mission giver in a Far Cry game. I'll bet she'd be stoked. She's probably a huge fan.

Part 3 offers first hand interviews with survivors from the Nepalese Civil War; a ten year conflict pitting the rebel Maoists against the King's Army that lasted from 1996-2006. Speaking with veterans of a war which ended less than a decade ago provides some groundwork for the conflicts we'll see in the game.

Using real life wars to paint the setting of a video game can be gratuitous if done without respect. Far Cry titles tend to skirt the line of realism and trivialize actions which we'd be appalled to perform in the real world. I'm really curious to see if they build a mission around "Press X to Burn Dead."

Let's hope this intimate journey through an ancient culture lends a certain level of credibility to the finished product.