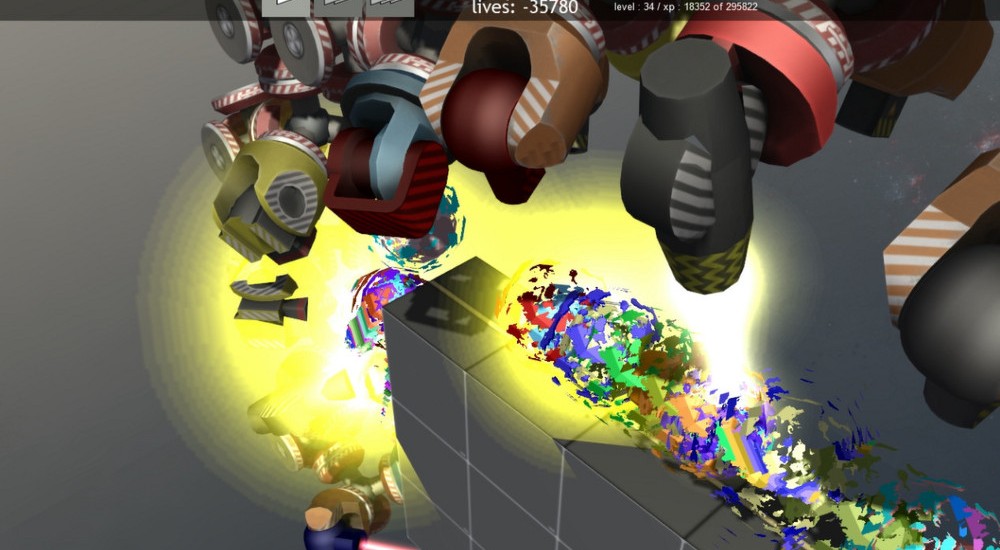 It may sound like one of those black and white horror movies that come on at three in the morning, but Terrorhedron is actually a co-op tower defense game! Created by Micro Macro Games, this shiny 3D release has some nice features that make it worth a look, things like programmable turrets and eight player online co-op!

Terrorhedron was first released for PC in the last few weeks of 2011, but strangely enough it's only now that it made its way to Steam. The game bends the concept of a tower defense game and places it in a world that M.C. Escher would approve of. Enemies aren't confined to 2D space and can crawl around all sorts of surfaces, forcing you to think with a third dimension. Your job is to build the perfect defense, which will probably end up looking like something out of The Matrix since turrets snap together like LEGO bricks.

Multiplayer drops up to eight players in a game with the same micro-strategy goal of building a perfect defense system. Here you get to argue about the most effective way to program turrets as well as which upgrades are most vital to your success. It's got all the basic trappings of a tower defense game, but the 3D setting and focus on placement strategy gives it a decidedly unique feel. We featured a Terrorhedron impressions piece back when the game was first released, so check it out if massive eight player co-op tower defense sounds like your kind of thing!