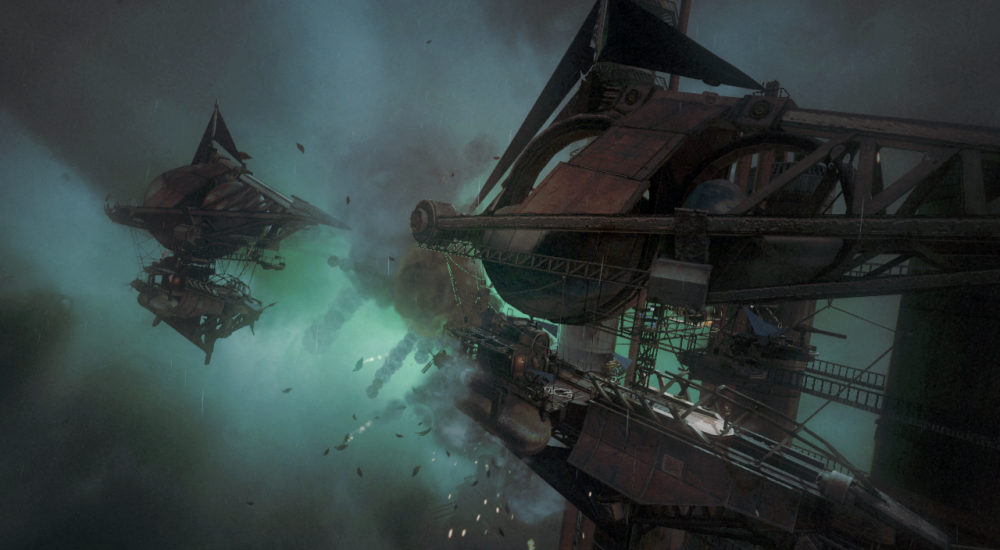 A few years ago, we reviewed a little game called Guns of Icarus and found, unfortunately, the co-op a little bit lacking. Fast forward half a decade into the future. Four-manned blimps once again rule the skies. Here we are, in the year 2014, and Guns of Icarus has been reborn as Guns of Icarus Online. And you know what? It finally has a dedicated co-op mode! Interested dirigible pilots may investigate this co-op expansion at Pax Prime this month, but only from August 28 through the 29th.

Check out the prologue.

This new co-op expansion adds four player blimp piloting, touted as "a new game" by the devs down at Muse Games. Here's the official description:

Instead of battling player crew and ships, you'll co-op with other players onboard multiple airships to fight against hoards of AI enemies, ranging from aeroplanes, carrier ships, entrenched defenses, or bosses in a variety of new game modes, such as Convoy, Defense, and Escort. Co-Op mode also introduces new progression and unlock systems, allowing players to join various factions to fight for control over the world as well as leveling different player classes and skills. For the first time, the world of Guns of Icarus will emerge. Many of these planned features will be available as improvements to the original game as well.

Having failed to meet their Kickstarter stretch goal for Adventure Mode, Muse Games has forgone that route in favor of some other co-op experiences for would-be blimp enthusiasts, with plans to implement a new Adventure Mode sometime in the future.

No word as to a release date for the co-op mode proper.