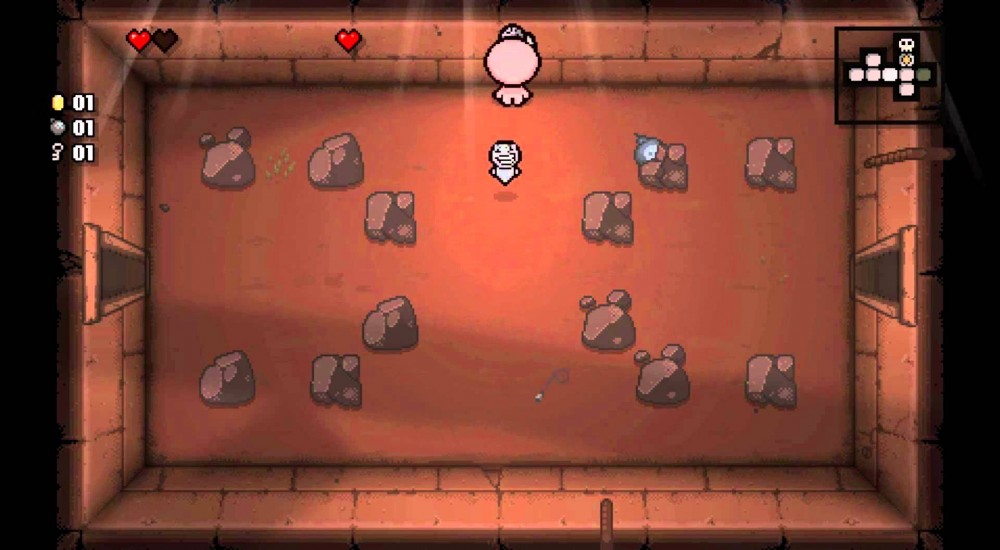 The Binding of Isaac: Rebirth is one of those few games that can actually get away with giving you control over a child suffering from a massive head wound. The original flash game was a nightmarish glance into the mind of a tormented youth (also with plenty of feces), but now you can experience the magic of childhood trauma with a friend.

We've got some developer created co-op footage here detailing some of the new modes in Rebirth. Player One controls Isaac (or one of his various incarnations), while Player Two takes control of... Well. It's a fetus. I think it's a fetus, at least. Look, this game is really screwed up. Just watch.

Trying to figure out a rhyme or reason for anything Binding of Isaac is akin to reading the scrawls of a madman. But, it looks like Legend of Zelda through the eyes of David Cronenberg.

At least this gives us a bit more info on how the game differs from its Flash based predecessor. Movement looks a lot less floaty, though still responsive enough to dodge all of the crazy stuff on screen at once. And, of course, having a flying, fetal companion controlled by the second player is a welcome addition.