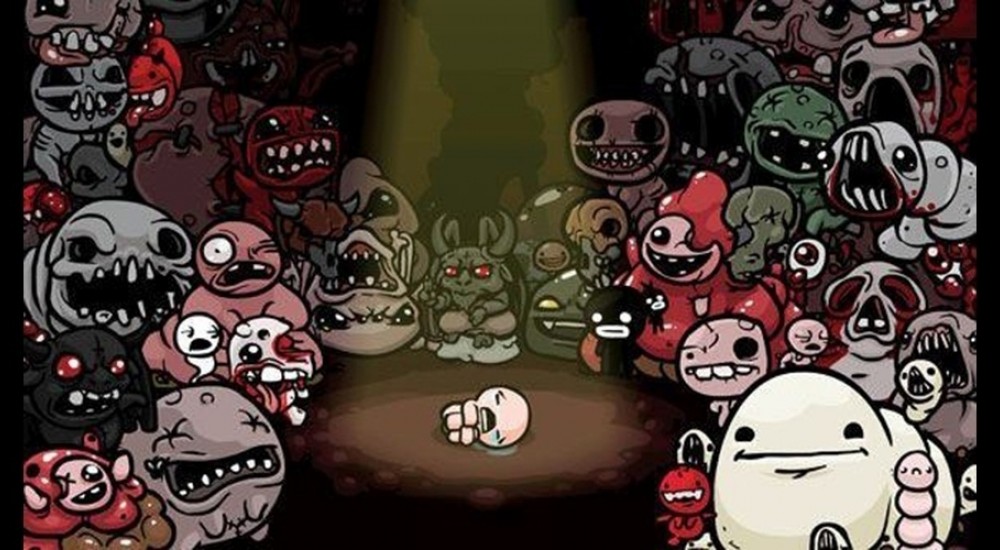 Who is ready to delve back into the stark naked nightmares of a terrified child masochist?! The maniacs behind The Binding of Isaac: Rebirth revealed some fairly compelling reasons why you should stop playing that filthy, filthy first edition and embrace the remake. Not that the remake is any less filthy. In fact, given the higher resolution and vast additional content, it's probably a lot filthier.

The big addition is obviously local co-op (no online multiplayer), but the game's scope has exploded.

First up, the original Binding featured 150 rooms randomly distributed to form levels. Rebirth puts that number to shame with 500 rooms in which to guide your tear-flinging naked boy to victory. This gives a ton more variety to repeated playthroughs, which is the whole idea behind the remake anyway.

The original game boasted an impressive 198 items for Isaac to snag on his journey through madness. Or else, it would be impressive if Rebirth didn't make the original game look like a chump with 450 items. Now you can accessorize your uncontrollably weeping child like never before! You and your friend will face 50+ new monsters (not including bosses), some possessing off-color 'champion' types, which have new and creative ways of crushing your dreams. Over 15 brand new boss monsters lie in wait for our heroes as well. Of course, it's hardly fair for those baddies to take on two players, with our superior people brains, right? That's why some rooms feature "double trouble" boss fights, making you fight two previous chapter bosses in a larger room.

You can read more about Rebirth's additions on the official game site/dev blog.

I'm itching to tackle this feces-soaked fever dream with a buddy when it's released later this year.