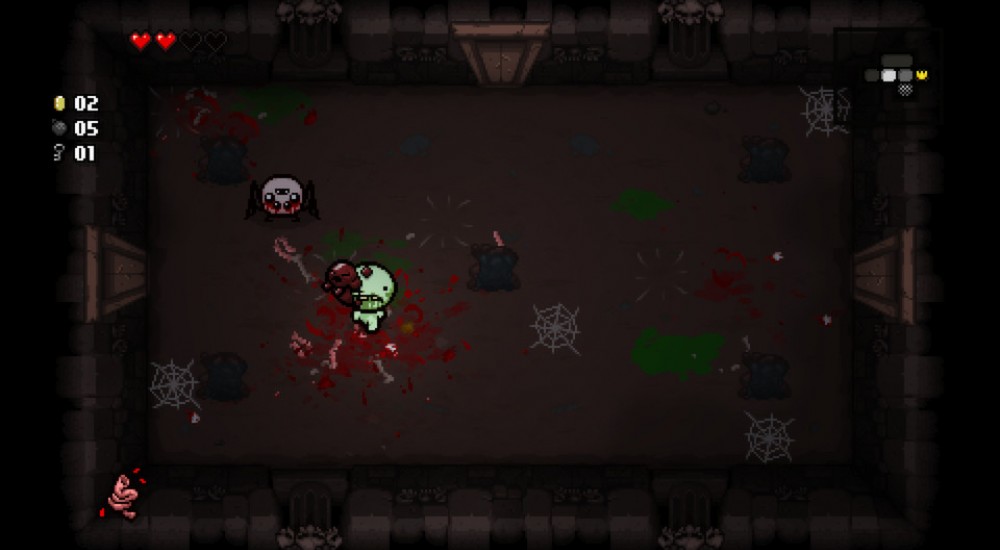 While you were sitting in a cubicle or staring at the back of your professor's head as she wrote some numbers or something on the whiteboard, The Binding of Isaac: Rebirth was released. Grab it for PC via Steam, or turn on your Vita or PlayStation 4 "video console machine" to give it a go, with cross-save enabled, too!

The Binding of Isaac: Rebirth is a randomly generated shooter RPG that plays a lot like a punishing roguelike. Isaac is running from his, shall we say, angry mother who heard the voice of God asking her to sacrifice her son to prove her faith. It happens, right? Isaac is journeying through every nightmare you can think of in a very old school-styled world of weapons, enemies, secrets, and non-coddling game design.

Rebirth is a ground-up remake of the original that builds the same experience on a new, more efficient engine. Expect 60 FPS on most PCs, perfect for viewing that brand new hand-drawn pixel art. It also supports local co-op play for two players, just in case you need help dealing with the disgusting basement enemies that splat your way.

The PSN version of Rebirth is free for the month of November for PS Plus members thanks to Sony's Instant Game Collection. Now you can deal with your mother/religion/basement issues for free. Isn't that nice? I said, isn't it?