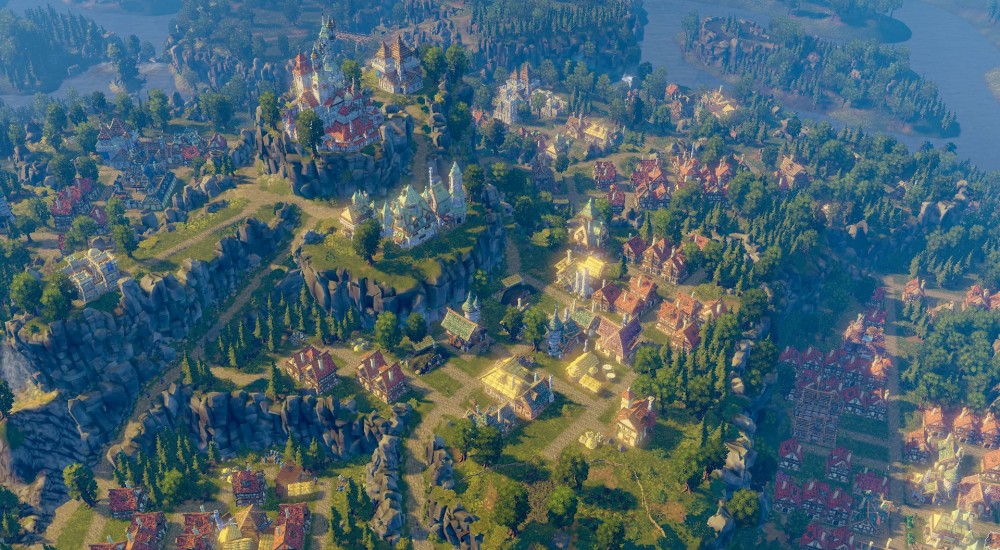 The Settlers: Kingdoms of Anteria is the latest game in the RTS series which is now in a closed beta. But the newest and 8th iteration of the game might also be the most dramatic departure for the longtime PC series. Ubisoft have revealed a few details about the title, slated to hit early next year on the PC.

At its core, Kingdoms of Anteria is still about building up your kingdom, creating and managing an economy. Vast extensive kingdoms will need to manage resources and build products to grow, trading with AI groups and other players. It's when the game's battle mode hits that The Settlers: Kingdoms of Anteria strays from its typical formula, presenting a tactical RPG like game for up two four players to take on in co-op.

Resources & special loot can be gathered in the instanced adventures where the player encounters tactical battles against fierce enemies and frightening bosses leading up to four champions with different classes like Knight, Priest, Archer and more.

The hero characters can be customized with dozens of skills for thousands of combinations of player controlled characters. There's even boss battle scenarios where players can earn unique loot to bring by to their empire.

While some series fans might be off put by the new mode, Ubisoft assures that there will be ways to only focus on the gameplay elements you enjoy the most. With up to four player online co-op we're definitely going to keep an eye on Kingdoms of Anteria as it gets closer to release.