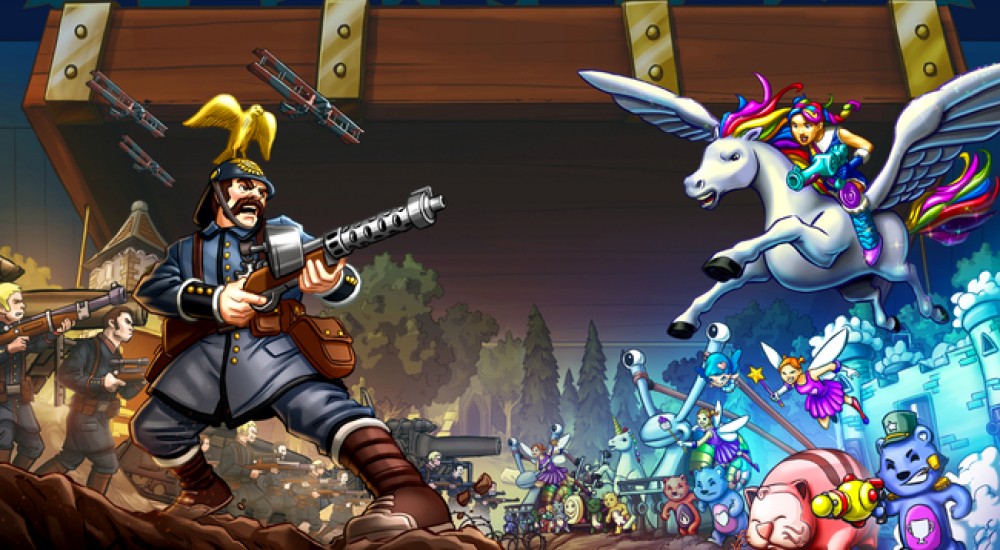 If Toy Story taught us anything, it's that children's toys can accomplish anything by banding together with the infinite power of friendship. Toy Soilders: War Chest aims to subvert that theme by having cherished childhood playthings blowing each other to pieces on brutal, plastic and rainbow filled battlefields. The tower defense/action game returns for the current generation, landing on Playstation 4, Xbox One, and PC sometime in 2015.

I wonder if kids these days enjoy World War I-centric playsets. Somehow I feel like they wouldn't really appreciate the hellish, agonizing conditions of trench warfare.

If you're familiar with the Toy Soldiers games and like them, here's one for the current age. Guide a chosen soldier around the battlefield as your buddies and AI opponents clash, and tip the tides of battle with your own actions. Choose one of four different playsets to represent, each with their own playstyles and maps. So far only the World War I set and the... I dunno, colorful, unicorn-based magical girl set have been announced.

Details are scarce right now with the game due out in 2015, so enjoy some pictures until then. We'll keep you posted as the other factions are announced.