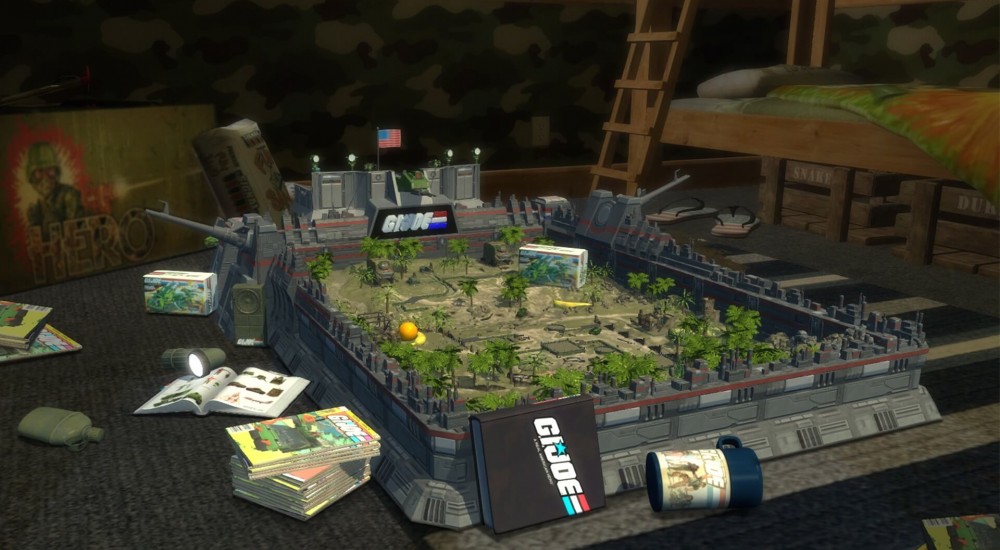 It makes me happy to relay that we've received confirmation on the last couple of toy lines coming to the upcoming Toy Soldiers title, Toy Soldier: War Chest. What two properties could possibly contest the epicness that is G.I. Joe and He-Man? Well, two equally epic characters of course!

Everyone love crossovers, or they should considering the lineup that Toy Soldiers: War Chest is bringing to the table. This time around, gamers should be happy to hear that another classic property will be joining both the G.I. Joe and He-Man armies: the Cobra Commander and his troop of 80's cartoon villains. Furthermore, we have special property coming in the form of Ezio and the Brotherhood of Assassins from the Assassin's Creed series! I know that I imagined my G.I. Joe toys in real life battling similarly to how they will be in this game, so that makes me even more excited to try the game out. All of these properties will be coming to the Hall of Fame Edition, if you choose to pay a little extra for nostalgia. The standard armies will also be present as well: Phantom, Dark Lord, Kaiser, and Starbright. Shown in the gallery below, War Chest features a leader that each army's theme is based upon, such as He-Man.

As of now, War Chest is a 2-player online co-op game only and will be available this summer at some point; more details to come! In the meantime, tell us what you think of the new toys in the comments below.