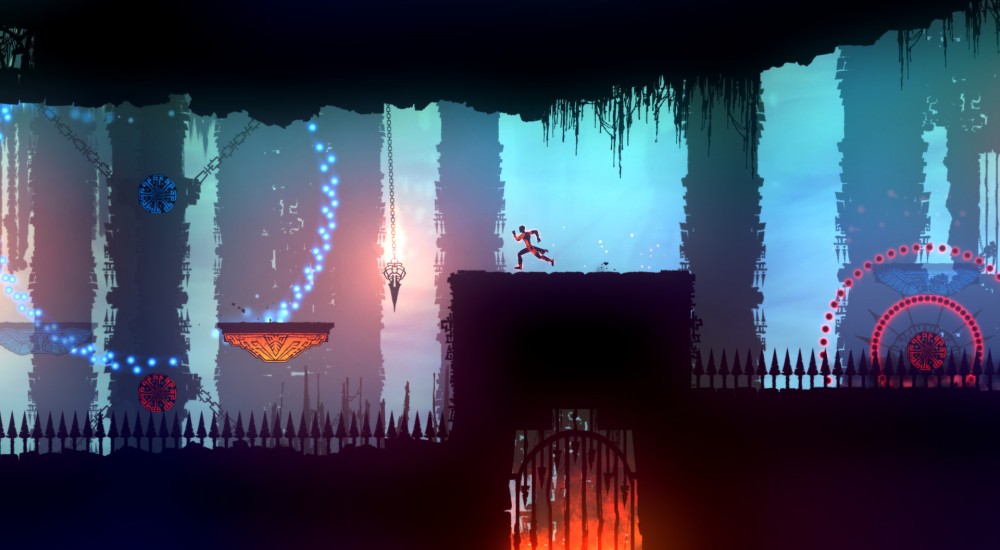 In 2011, Outland graced us with its hand-painted backgrounds and stunning soundtrack on Xbox Live and PSN. Finally, nearly four years later, PC players can get in on this unique and beautiful platformer.

With little to improve on its original release, (see our review of Outland for consoles) the Steam version serves more or less as a port of the same experience console players got in 2011. Housemarque stated that the game received improvements to the campaign co-op mode and checkpoint system, but during my time playing, I didn't notice that much of a difference - not that there were noticeable flaws to begin with.

Outland can be played with a keyboard or a controller, the latter of which definitely feels more comfortable for this fast-paced sidescrolling platformer. Just like the console version, Outland features 2-player online co-op. The game plays best during intense platforming sections and boss fights, where both players must quickly switch between light and dark energies to survive.

For those who enjoyed Outland when it first released, the PC version is likely not be enough to merit a second purchase, but for PC owners who've yet to embark on this colorful journey, it's a must buy.

Outland will be available for $9.99 via Steam, September 29.