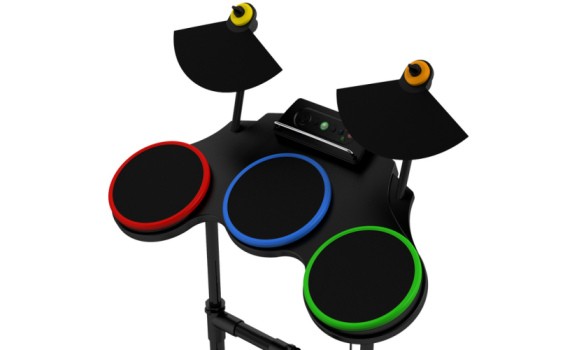 If you recall, our review of Guitar Hero World Tour was somewhat mixed.  The game itself was slightly disappointing when compared to Rock Band 2, but the hardware, particularly the drum set, was quite a bit nicer than the Harmonix offering.  Perhaps you've been wanting to try the GH drums out, but couldn't justify buying the bundled microphone and guitar controller too.  Your lucky day is coming, on February 15th to be exact.

The stand alone drums won't exactly be cheap, though.  Suggested retail price is $100.  That makes the bundle, for $180, seem like a real value!  In comparison, the Rock Band 2 set costs $90 by itself, but the cymbal pack is an extra $20ish.  Either way, these plastic instruments are really pricey, aren't they?