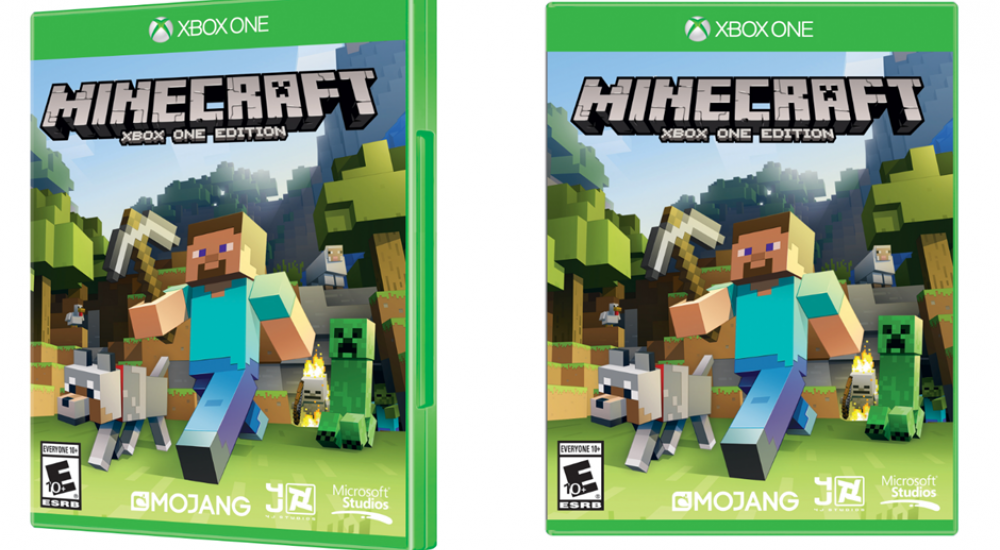 While digital releases are usually the more convenient option these days, there's something about holding a retail disc that makes a gaming purchase that much sweeter, Minecraft being no different. The retail version of Minecraft: Xbox One Edition has now been confirmed by Microsoft, which will arrive slightly before the holiday shopping season begins.

Coming this November 18th, Minecraft: Xbox One Edition will finally arrive in disc format. Just like the digital release version, Xbox One Edition will contain a large assortment of upgraded features, one of the most prominent being the 36 times bigger world sizes! Four-player split-screen co-op is still here, as well as the 8-player online co-op we all know and love. Again, those that digitally upgrade from Xbox 360 Edition to Xbox One Edition will only need to pay $5 to transfer all their saved data (including worlds) over the latter version.

More on the console side, Xbox 360 Edition will also be receiving some more character skins this Friday! This time around, players will be able to adorn various Doctor Who skins ranging from the Doctor (twelfth version) himself to his arch nemesis, the Dalek. BBC Worldwide and devs Microsoft Studios and Mojang will be introducing even more Skin Packs as time goes on, with over six Doctors to choose from too! They will be released over a period of time following broadcasts of the TV show's Series 8 episodes. Like many of the other Skin Pack DLC's, this one will be offered at a $3 price point. Digital Entertainment and Games Director at BBC Worldwide UK, Rikesh Desai, stated:

“We’re constantly looking for new and innovative ways to bring Doctor Who content to our loyal fans. Working collaboratively with Microsoft, we’ve created an exciting new product which will allow Doctor Who fans to create their own brand new adventures in the heart of the iconic world of Minecraft.”