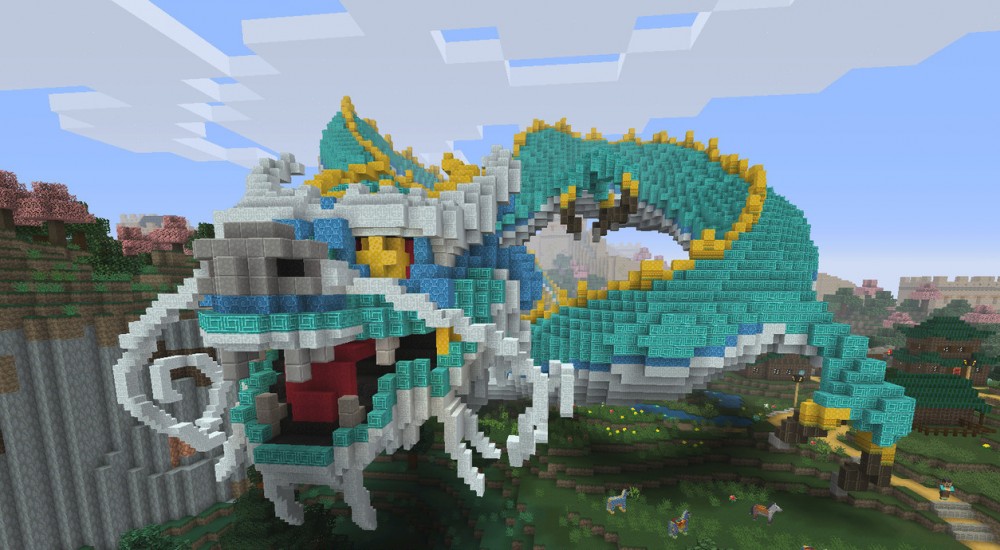 Minecraft players on all consoles will get some new content next week with a free update and some paid DLC, the Chinese Mythology Mash-Up Pack. The latter will add a pre-made world with plenty of temples, monasteries, dragons, and more to discover, while the free update will add some requested content based on the Arctic biome.

Any time I see anything remotely related to ancient China, I can't help but wonder if Lu Bu will pop in at some point. I blame years of playing Dyansty Warriors games. Maybe some voxel version of him is lurking with the depths of the Minecraft world...

The free content update will add all of the following: