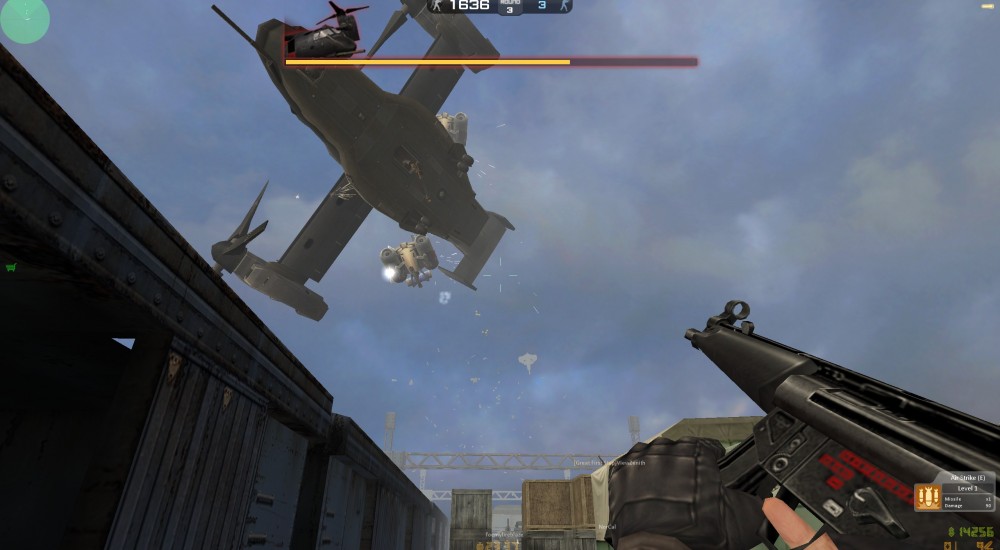 Another free to play game has launched, and this one seems to be a mess. Counter-Strike Nexon: Zombies is a take on the classic Counter-Strike game, adding zombies to the mix across 50 maps of play and dozens of modes. Unfortunately my first impressions with the game were poor - a confusing interface, an engine based on Half-Life 1, and poor performance all yielded a sub par result in game play.

For the most part the game seems to feature a variety of competitive mode of play where the traditional teams of Terrorists and Counter-Terrorists face off, but must also face the zombie threat as second thread. While the game has added new weapons and characters, including female characters to play as, it still contains a lot of the classic look and feel with maps such as de_dust and de_metro present. In terms of co-op, it appears there are two modes that support true co-op play. One is called "Human Scenario" where you face off against an "army of computer controlled opponents." I played a few minutes of it and basically shot at drones barely making a dent in the boss's health with 6 other people. The other mode is called Zombie Shelter, which appears to have some sort of strategy elements too it, but also an optional PvP element. Players must secure a shelter and then repel waves of zombies.

In terms of what you'll be spending your "real" money on - you can buy guns, special grenades, crazy skins, and other items for your game play experience. Completing scenarios and challenges unlocks virtual bucks to unlock stuff too. It all looks like your standard free to play type experience.

Bottom line on this one is you'll probably won't to avoid it. There's much better zombie games and free to play shooters out there.