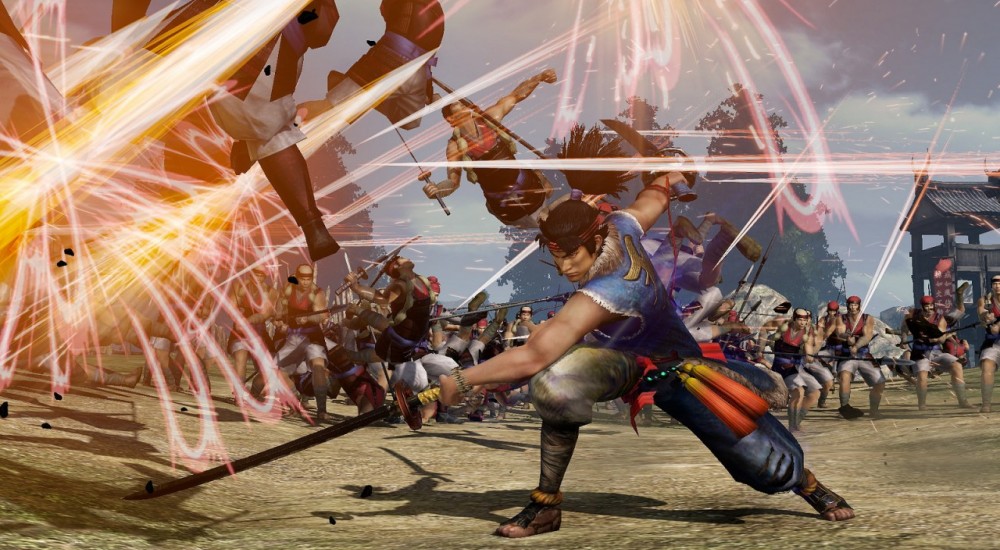 It's been ten long years since we first started hacking Japanese rebels to bits in the first Samurai Warriors. Celebrating this decade of warfare in feudal Nippon is Samurai Warriors 4, out now for the PS3, PS4, and PSVita. The Warriors games are some of the most polarizing in the industry, with die-hard fans extolling their virtues and critics decrying their faults. We've already gotten one dose this year with Hyrule Warriors, but if you're itching for superhuman feats of murder and happen to limit yourself to Sony platforms, Samurai Warriors 4 is here for you.

Here's their launch trailer, which sets the horrors of war to an energetic J-Rock song.

If you pause at 1:25 at the right moment, you can see where two allegedly noble Samurai high-five each other in passing, which leads to time crumbling upon itself.

Most folks think of the Dynasty flavor of Warriors when it comes to this game, given that there's so many versions of each game out there, but Samurai Warriors might very well be the strongest line in the bunch. Japan has had this game since March, back when Famitsu gave it a 34/40.

Alright, Koei Tecmo. You've had your fun with China, Japan, and a handful of fictional worlds where a select few demi-god powered individuals mow down hundreds of brainless peons. How about you spice things up with some other regions? You could set a game in the snow-covered forests of Canada and call it Mounty Warriors or something. You can have that one. That's a freebie.