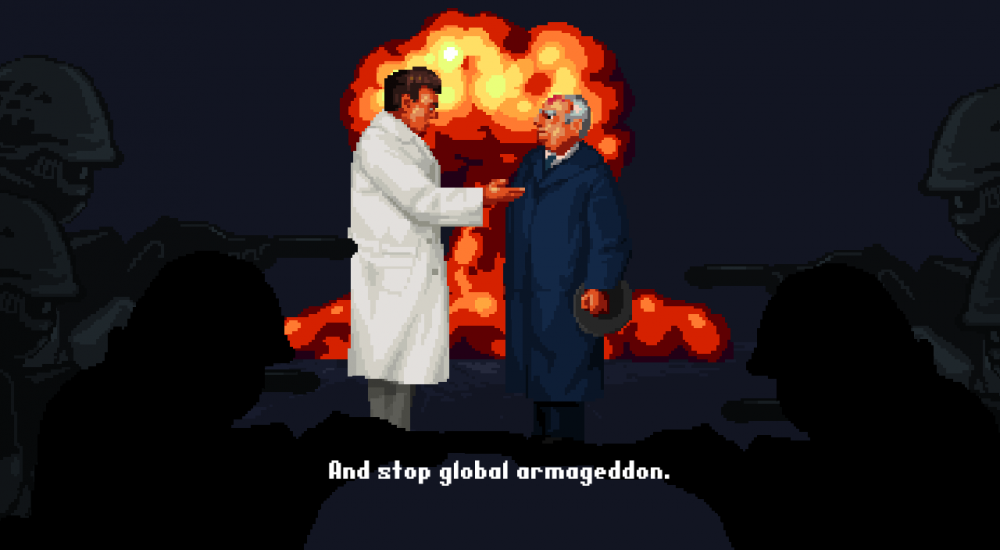 Were you alive during the '80s? That's the 1980s, for anyone who's about to get all pedantic. You probably remember two world leaders who had something of a rivalry going on: Ronald Reagan and Mikhail Gorbachev. It took a few decades, but someone finally found a way for those two rapscallions to get along. Lucky for us it's a top-down arcade game and not some boring political whatever!

In Team2Bit's Reagan Gorbachev, the two top dudes have been taken hostage by a group of military extremists. In order to get free, they've got to work together, two player local co-op style. And we're not talking signing treaties or enjoying each other's cultural cuisine, either. We're talking poison darts, katanas, rifles, and sneak-or-slash gameplay that looks like a bit like Hotline Miami.

Regan Gorbachev supports both solo and two player local co-op. The game is largely action by nature, but there are some simple puzzles you can solve that require both players to work together. Stand on the button while your buddy walks through the door, that sort of thing. Beyond that it's just shoot or be shot. Oh, and the absolute absurdity of playing as Ronald Reagan and Mikhail Gorbachev as they act out their own action fantasy movie.