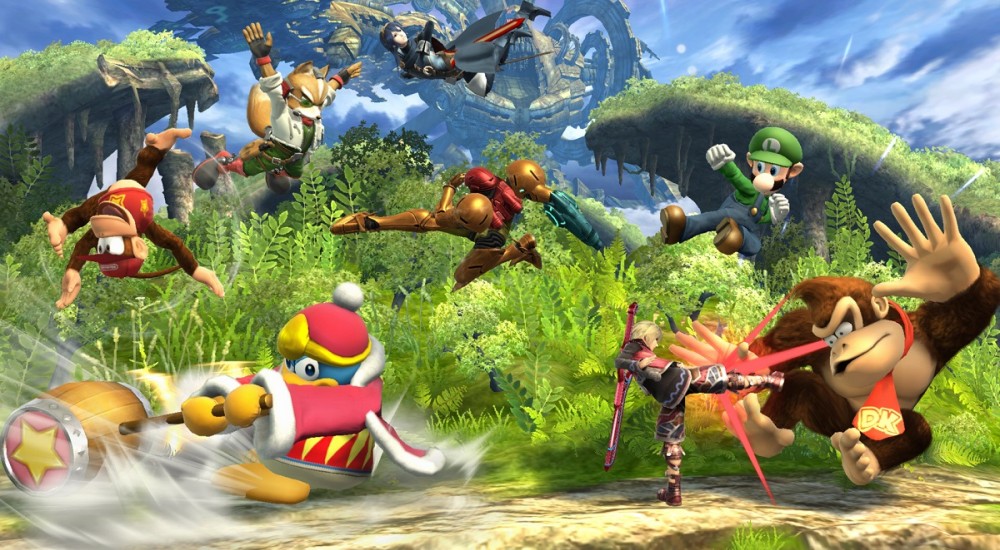 The latest Nintendo Direct released has outlined a ton of new and returning features coming to the Wii U verison of Super Smash Bros, 50 big ones to be exact. Minus the narration done by the in-game Announcer, Super Smash Bros. for the Wii U has a bunch of co-op options for up to two players to dive right into.

I was worried that most, if not all, of the game would focus solely on single or multiplayer features, but luckily I was completely wrong. Yes, we can still set one to two computer opponents on one team and have one to three friends on the other, but that could be done since the beginning of the series. What modes specifically encourage a co-operative experience? At least four that we know of right now:

For starters, Classic Mode is the perfect way to dive headfirst into the game with co-op. You and your partner must work together to progress through each level, defeating all the characters in the game. From the looks of it, players will have their own stock of lives to work with, but we aren't sure if the ability to share lives between players has returned. More on this at a later date. All-Star Mode co-op is back from Super Smash Bros. Brawl, with little alteration to the set up. Both players share a small number of healing items found between levels, but there will be a couple more present when playing together. This is the only co-op mode I found in the 3DS version too. The only difference between the Wii U and 3DS verison is that, in the Wii U version, players need to beat characters in reverse order of the 3DS version. That means, newer characters first before the old.

Event Mode features set themed battles that force players to play with specific settings or rules. For example, you might need to play as Mario and face off against his little brother, Luigi, to win the challenge. However, when playing cooperatively, the challenges for each stage change to compliment two players. Thus, a single player experience with Event Mode will be completely different from the two-player experience. Finally, Trophy Rush Mode is also available to be played with two players! This mode has players destroying falling boxes and containers to collect a large number of Super Smash Trophies. Other obstacles will come to block players off and force them off the stage. When the boxes and other objects stack too high, the game ends abruptly (kind of like Tetris), so its key to work together and destroy everything as quickly as possible on screen.

With less than a month away, arriving on November 21, 2014 the Wii U verison of Super Smash Bros. is looking to blow away every other Wii U title out thus far. The 3DS verison itself looks like David compared to the Giant that is the Wii U version! When you have some free time, we highly recommend watching this Nintendo Direct to stay up to date with all things Super Smash Bros. related.

Oh, and Mewtwo was confirmed.