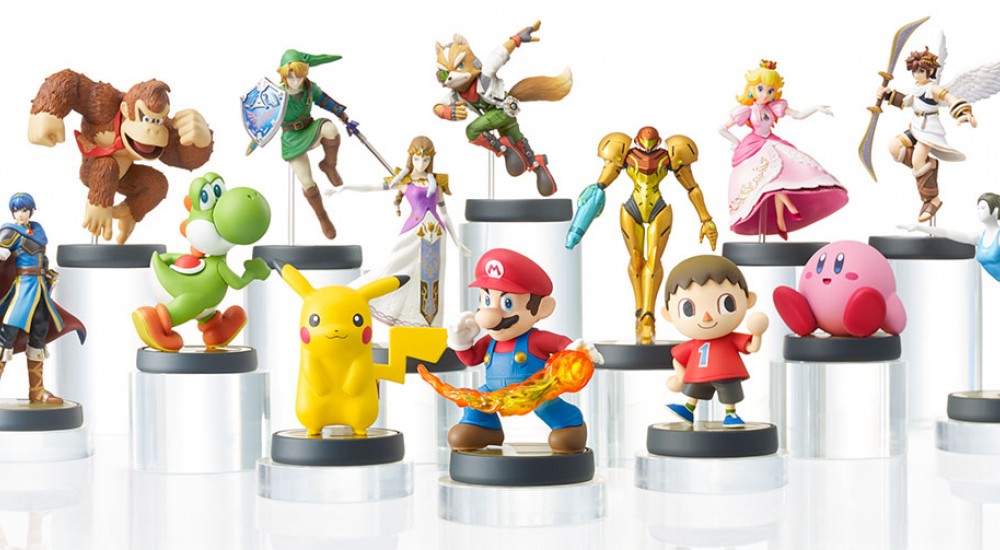 Interested in purchasing a Nintendo Amiibo or three next week? We have the latest on which figures will be out when, what sort of games they are compatible with, and a few concerns that you might need to be aware of before buying.

First off, what is an amiibo? These are Nintendo's version of Skylanders or Disney Infinity figures that do more than just look pretty. They can be used in various ways, such as unlocking in-game content, as well as be used to save personal data on the figure itself. Finally, the third wave of confirmed figures will be out by February 2015. This wave of figures include: Toon Link, Sheik, Ike, Meta Knight, Lucario, Bowser, King Dedede, Rosalina, Mega Man, Sonic, and Shulk. This won't be the final wave of figures, either. To coincide with Super Smash Bros., each character in the game will get their own amiibo figure, just at later dates. Other unrevealed amiibos may also release in the future as well, so we'd recommend waiting until your favorites arrive to binge. One thing to note is that some of these figures may become exclusive to various retailers and will only be found through their stores. The first of these is confirmed to be the Shulk amiibo, which will be a GameStop exclusive. Furthermore, a device to allow the use for all amiibos 3DS and 2DS devices will be coming out later next year.

Keep in mind when using amiibo is that they will only be able to store data from one compatible game at a time. For the time being, only Super Smash Bros. will have the amiibos store specific data  about their specific character's stats obtained. Other compatible games like Mario Kart 8 and Hyrule Warriors will only recognize and unlock in-game data when using an amiibo, but won't tap into the figure's data storage. That being said, there might come a time when you'll want to use a figure for one game, but will need to delete your amiibo's current data to accommodate that. That's why we'd recommend you choose purchasing figures wisely, as their price can add up if you'd want a large collection (each figure is $12.99).