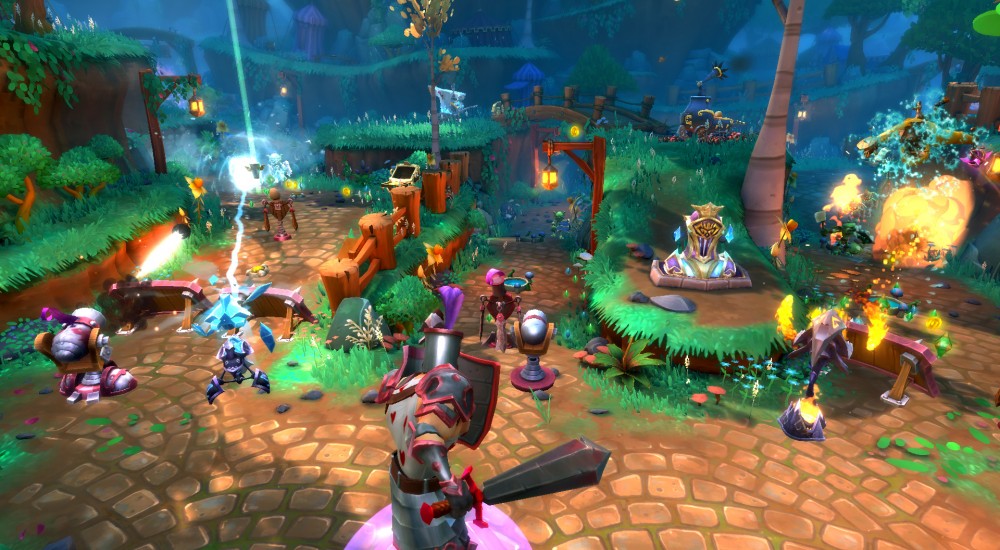 Ever wanted to dive into the bureaucratic world of red tape, lobbying, and endless debates?  Well then, do the developers of Dungeon Defenders II have an offer for you!  Trendy Entertainment announced on October 21st an expansion to the Defense Council, “an advisory board that allows players with an interest in the development of Dungeon Defenders II to provide early, focused feedback directly to the development team.”  Presumably in an attempt to phase out the bourgeoisie “Old Money” types, Trendy is allowing political aspirants to buy their way into the Defense Council on a first-come, first-serve basis, as a limited number of seats are available.  These nouveau riche upstarts will have access to a number of perks besides influence on the development of Dungeon Defenders II, including: Perhaps, though, you are worried about entering this world of social cloak-and-daggery all by your lonesome.  Fret not!  Trendy is also allowing those who’ve purchased the original package to upgrade to a Co-Op pack, which nets you not only an extra copy of Dungeon Defenders II, but also two copies of both the Dungeon Defenders Collection and Dungeon Defenders Eternity.  Politics aside, that’s a pretty slick deal, especially if you have a buddy who hasn’t experienced the action RPG/tower defense mashup yet.

Trendy also notes that this is not what the kids are calling “Early Access”.  No, this is an earlier access program that allows players “to help craft and influence the development of the game before it’s ready for its full Early Access launch”, an idea we saw employed earlier this year by Gaslamp Games’ Clockwork Empires.  It’s interesting to note that, unlike the first Dungeon Defenders, this newest installment will be free to play upon release.  This means those who take advantage of the Defense Council program will be entitled to discuss the merits of allowing the free-to-play-peasantry into their dominion as they down their third glass of heated brandy.