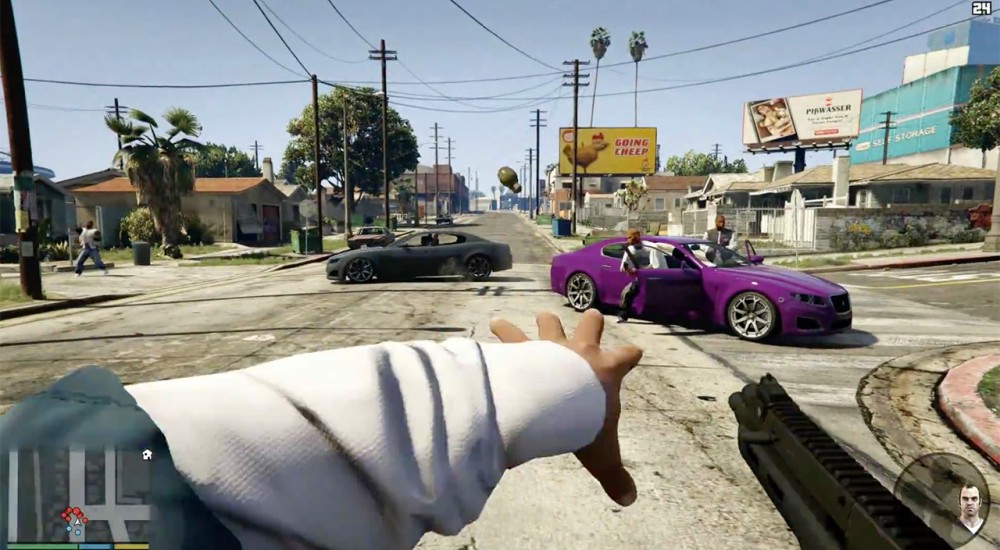 If not for all the new content coming into Grand Theft Auto V on PS4, Xbox One, and PC, these new versions will contain a special first person mode that adds tons of new ways to play the game. Sony and Rockstar provide some new videos to give us a sneak peek on what this game will be bringing players graphically. We got around two weeks until GTA V is released on the current generation of consoles (and PC), and many are eagerly anticipating the exclusive first person perspective feature that will be included in these versions. Seeing directly through the eyes of a character, players have the opportunity to get a closer perspective in how it is to live in the world of Los Santos and Blaine County. Many aspects of the game will feel completely new, almost like an entirely different games altogether.

"There’s so much new about this version Grand Theft Auto V, but it’s obvious Rockstar was keen to deliver something above and beyond a technical upgrade – it’s given players an entirely new way of playing the game. From shooters to action games, we’re all used to adopting the first-person, but the way in which this new perspective transforms the GTA 5 experience can’t be understated; it fundamentally alters how you inhabit and interact with this world. It rewrites the experience."

Driving in cars feels like a racing game, shooting up people on the streets feels like an FPS, even just walking around and exploring the world makes it feel like an adventure title. There are even new mechanics that help to make the feature seem fluid with the game, such as a first person cover system, new targeting system, refined FPS controls, and many new animations to enhance immersion. All of this and more can be accessed through a quick touch of a button too.

So many different things can be experience in a whole new way with this feature alone. I'll let the official video showcasing the perspective do the talking, though:

Of course, this feature only stands out if the graphical details can keep up with the close up perspective. Luckily, these versions will be running at 1080p and have seen a massive boost in environmental enhancements and additions. Here's a comparison video showing just how much these new versions have improved over their predecessors:

GTA V on PS4 and Xbox One will be arriving on November 18th, while the PC versions will be out on January 27th.