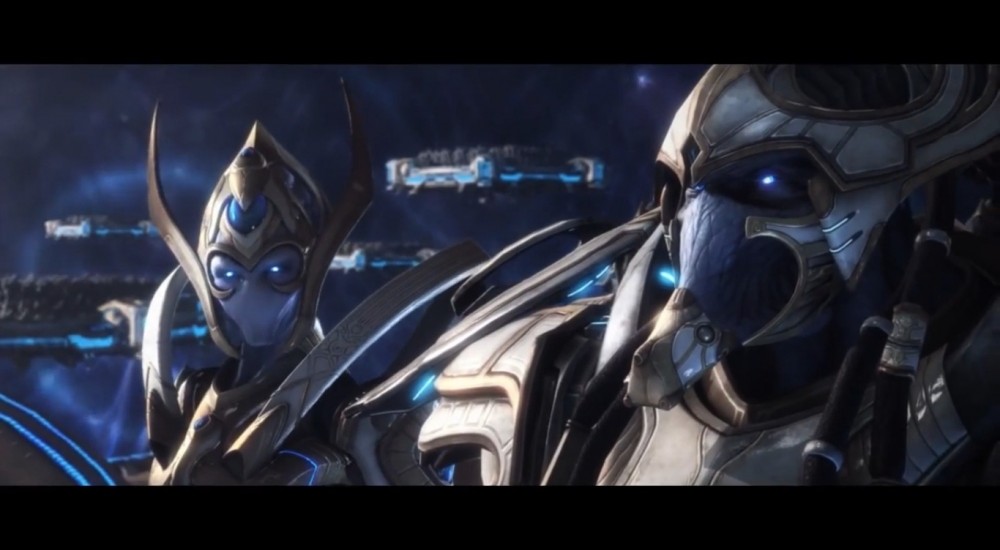 Blizzcon rocked the hearts and minds of stalwart Blizzard fans last weekend, revealing StarCraft II: Legacy of the Void. Okay, so they didn't really reveal it, since it was technically revealed years ago when SCII was first announced, but they at least wanted you to know they hadn't forgotten about Artanis and his gloomy pal Zeratul.

In addition to a load of singleplayer campaign details and some competitive multiplayer announcements, Legacy of the Void is sporting two new ways to play the game in co-op style.

First up, Archon mode has two players commanding one base/army, together. (For those of you who might not know, "Archons" are a Protoss unit which you make by combining two Templars into one big, bad Archon who then proceeds to wreck house, hence the name.) This is the first time this mode has an actual name, given that you could engineer this kind of scenario in the first StarCraft. Maybe you don't want to waste time gathering gas and minerals and just wanna blaze through some bots, but have an ultra-pacifist buddy who is really hardcore into space mining? This mode could easily suit both of you. Legacy will also see the introduction of "Allied Commanders" mode. You and a friend will choose different characters from StarCraft lore (such as Sarah Kerrigan or Jim Raynor) to act as commanders for faction-specific armies. Your characters are kind of like choosing a class, each with their own special abilities and units. These commanders will earn experience points and unlock more character specific units and abilities as they progress in level. No word as to how the unit diversity differs from the main game, or what fun abilities these commanders get to improve their armies, but this is probably the closest to a multiplayer campaign we'll see from SCII.

As a die-hard SCII fan, I'm pretty excited about the Allied Commanders mode. I just hope the objectives are as varied and interesting as those in the main SCII campaign.