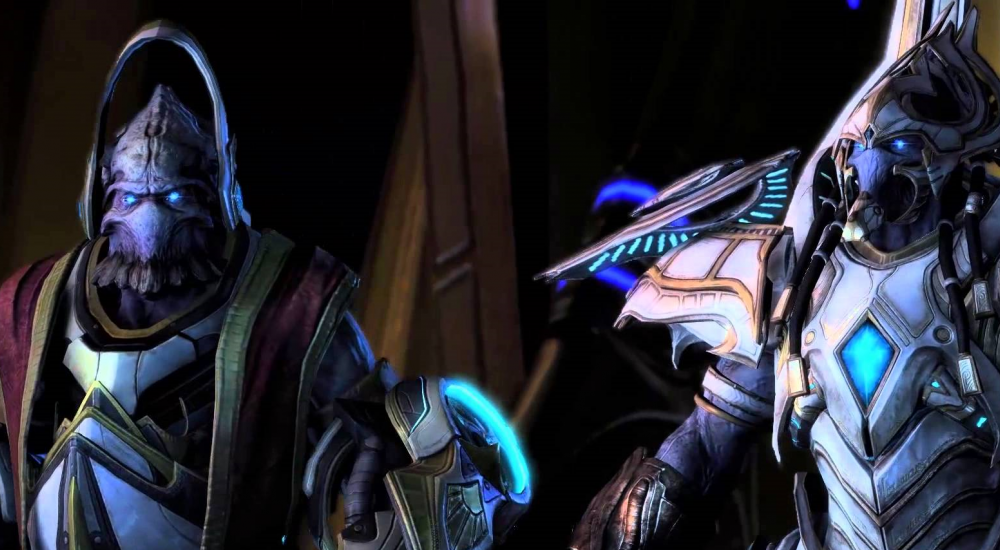 Sometimes, couples just don't work out. I know, I know. You thought Zagara would be a great fit for Rory Swann, but you keep hearing your friends gossiping about how Raynor and Artanis form an unstoppable ball of death and it's driving you crazy. Time to cut ties with your huge, genocidal bug-lady. It'll be rough, but, you know, there are plenty of aliens in the-- well, hello, Karax. I didn't see you there, with your lack of a mouth and your arsenal of psionic war machines.

Yes, the first new commander in StarCraft II's Co-Op Missions has been released for free in the latest update. Karax is a skilled Protoss engineer who specializes in repairing the previously un-repairable Protoss mechanical units and basically beefing up your artillery. If Mr. Swann is still grieving for his lost Zerg lovely, he'd find Karax a perfect companion to conquer the galaxy. Karax also has some mojo with Kerrigan, if you're thinking about taking a break from Rory Swann and taking a walk on the pustulant, mutating organism side of things.

It's awesome to see a free commander released for the Co-Op missions. Maybe it's serving as a way to get folks excited about that particular facet of an already great game, or maybe Blizzard just wanted to mix up your routines. Here's hoping they'll keep supporting the Co-Op mode with additional missions and more Commanders.