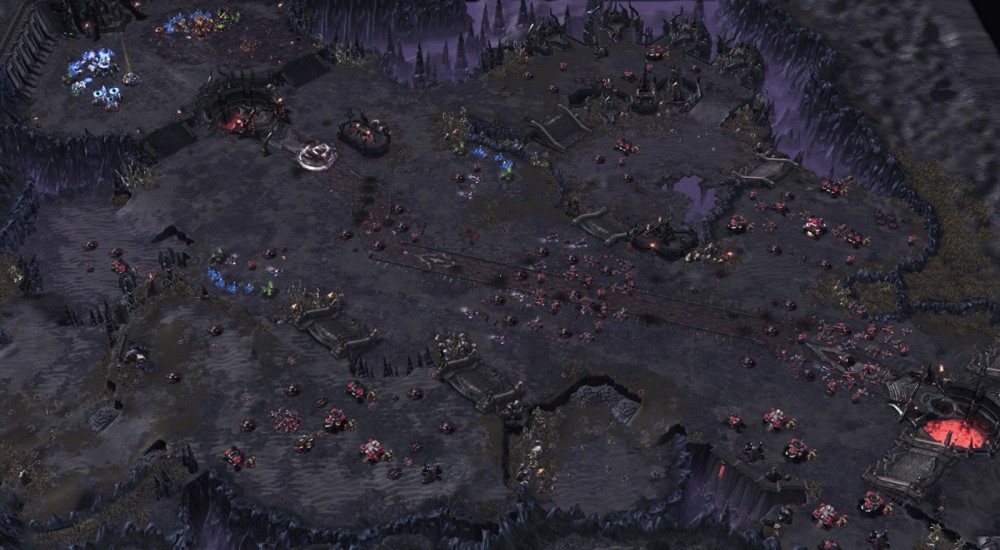 Blizzard has teased a new Co-Op Mission (what used to be known as "Allied Commanders" mode) for StarCraft II: Legacy of the Void. Dubbed "Chain of Ascension," this new challenge will place players on the side of Ji'nara as she engages in a mental battle against a mysterious foe. Failure means this new threat will gain control "of the death fleet from Alarak." I don't know what those words means, but a death fleet sounds cool.

For anyone who may be unfamiliar with what the Co-Op Missions in Legacy of the Void entail, each player chooses a faction-specific (i.e., Terran, Protoss, Zerg) commander and work together to tackle a specific mission objective. Players will be able to build units and buildings just like in the regular game, but the one twist here is that the commander determines exactly which units to which the player has access.

The new mission will be packed in with the usual tweaks/fixes of the forthcoming 3.2 patch for Legacy of the Void. No word on when that patch will be released exactly, though the last big patch was about three months ago so it's likely it'll be out by the end of next month.